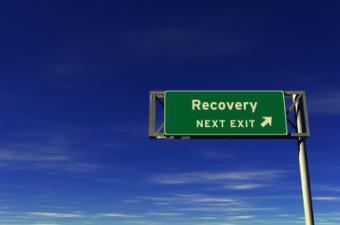 Economic growth in the second quarter fell short of July expectations, presenting a less promising outlook for the rest of the year, according to Fannie Mae’s August 2015 Economic and Housing Outlook.

Although the government revised higher economic growth for the first quarter, the disappointing performance of second quarter growth and less optimistic prospects for the current quarter put the full-year 2015 growth outlook at 2.1 percent—the same as in Fannie Mae's prior forecast.

The upward revision to first quarter growth by the federal government was offset mostly by a drop in nonresidential investment in equipment and structures.

Housing, consumer spending, and government spending are likely to be the largest drivers of growth this year, according to the outlook.

Housing data was mixed in June, but all main indicators increased during the first six months of the year compared to the same period last year. This supports Fannie Mae's expectation of a broad-based improvement in the housing market.

“We hold by our previous comments that income growth still needs to strengthen, particularly for younger households, in order to drive significant housing growth, but we are nonetheless seeing some positive improvements in the housing sector,” said Doug Duncan, Fannie Mae's chief economist.

He added, “Home sales have trended up and inventories are lean, supporting strong home price appreciation. That price growth, driven by laggard supply response, helps build equity for existing owners but is a headwind for first-time buyers. Given significant uncertainties from Greece and China, continued global monetary easing, and an expected slow pace of monetary tightening by the Fed, we anticipate mortgage rates to rise only gradually through next year, which should continue to help support mortgage demand."

“While consumer spending growth picked up as we expected in the second quarter of this year, other components disappointed."

Meanwhile, nonfarm payrolls rose 215,000 in July, an increase comparable to the average monthly gain of 211,000 registered during the first half of 2015. The July total employment count was 2.7 percent above the pre-recession high and the number of full-time workers is now just 0.2 percent shy of the previous peak.

“While consumer spending growth picked up as we expected in the second quarter of this year, other components disappointed,” said Doug Duncan, Fannie Mae's chief economist. “However, incoming data suggest some upward revisions may be in the cards for the second quarter. Furthermore, job creation remains steady, with full-time employment getting closer to pre-recession numbers, and household net worth continues its gradual rise. On balance, our full-year growth outlook remains unchanged from the prior forecast at 2.1 percent."

Click here for more on Fannie Mae's Economic & Research Group or to read the complete August 2015 Economic and Housing Outlook.

Previous: Homeowners’ Insurance Could As Much As Double for Borrowers With Poor Credit, Study Finds
Next: Fed Rate Increase Questionable Among Recent Stock Market Losses