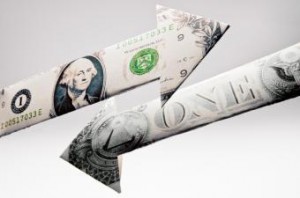 Colorado's unemployment rate dropped to 5.3 percent in July, and the state's real gross domestic product (GDP) grew at a rate of two points faster than the national average in 2013. The construction industry reported an increase of 5.9 percent rise in payrolls due to more homebuilding to accommodate the state's rapidly growing population, Wells Fargo reported.

Where housing recovery is concerned, however, Colorado's struggles mirror those of the country as a whole, according to Wells Fargo.

Year-to-date home sales are down 1.8 percent from last year in Colorado, while single family sales have declined 6.2 percent from a year ago. The decreased home sales in 2014 come following a surge in 2013, which saw single-family home sales jump up by 14.6 percent. A possible contributing factor to the weaker sales was a lack of inventory, with new home listings falling in 2014.

Wells Fargo reported that the outlook for the housing market in Colorado looks promising despite the decline in single-family home sales. Multifamily home sales were up 17.4 percent after large gains last year. The number of residential construction permits for both single and multifamily units has increased along with the rise in the number of construction jobs, which makes Colorado an outlier from the national trend.

Home prices have increased by 7.9 percent over last year and are above their pre-recession peak, which has contributed to keeping the negative equity rate in Colorado 5 percentage points below the national average. The growing demand for vacation homes in Colorado has been a contributing factor in the rising home costs.