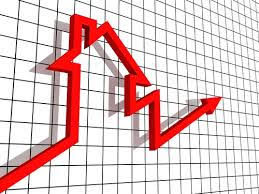 Home prices have been on the rise, but interest rates are rising even faster. According to a report from CoreLogic, while the U.S. median sale price has risen by almost 7 percent over the past year, the principal-and-interest mortgage payment has risen by 14 percent, rising twice as fast as prices.

More accurately, the U.S. median sales price of $226,674 in May 2018 rose by 6.7 percent and the average mortgage payment rose 14.3 percent, due in part to a 0.6 percent rise in interest rates. Additionally, the CoreLogic Home Price Index Forecast predicts a five percent increase in home prices year-over-year in May 2019.

Between May 2018 and May 2019, mortgage rates are predicted to rise by around 0.31 percentage points, while the median sale price will rise 2.4 percent in real terms over that same period. This means that the inflation-adjusted typical monthly mortgage payment would rise from $929 in May 2018 to $986 by May 2019.

With mortgage payments expected to rise, home prices may not catch up, especially as, according to First American, home prices seem to be reaching a “tipping point”. In a report covered on MReport, First American noted that home price appreciation is slowing down, though not quite to a peak.

House-buying power has increased by around 55 percent since 2006 while prices are just 1.3 percent higher over the same period. Fleming believes that the strong economy will prevent the tipping point from turning into a recession.

For more, find the story from CoreLogic here, and the First American story here.

Previous: How Will GSE Reforms Affect Borrowers?
Next: Home Prices Are Rising Slowly But Steadily