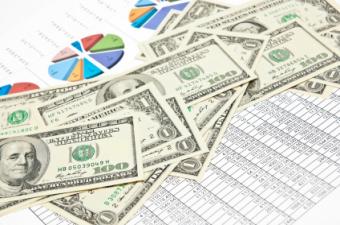 Home prices went up across the country in July, marking the fourth consecutive such month, according to a home price index released Wednesday by ""CoreLogic"":http://www.corelogic.com/. While acknowledging the improvement as a net gain for the housing economy, the firm made predictions that home prices will slump on continuing news about an economic slowdown.

CoreLogic found that home prices crawled forward by 0.8 percent month-over-month but fell year-over-year by 5.2 percent over July. A 6.0-percent dip in prices over June compared poorly with prices for the same month last year.

""While July's numbers remained relatively positive, particularly for non-distressed sales which have been stable, seasonal influences are expected to fade in late summer. At that point, the month-over-month growth will most likely turn negative,"" Mark Fleming, chief economist with CoreLogic, said in a ""statement"":http://finance.yahoo.com/news/CoreLogic-July-Home-Price-prnews-2171720223.html?x=0. ""The slowdown in economic growth and increased uncertainty caused by the recent stock market volatility will continue to exert downward pressure on prices.""

Various states either pulled through with high appreciation rates or saw their home prices go under with high depreciation rates. CoreLogic recorded considerable appreciation in distressed sales for West Virginia at more than 14 percent, while New York followed with a much-weaker 3.3 percent.

Wyoming, Mississippi, and Washington, D.C. all felt a surge in appreciation at 3.2 percent, 2.4 percent, and 2.3 percent, respectively.

Depreciation slammed home prices in five other states, with Nevada, Arizona, and Illinois all falling into the negatives to reach 12.2 percent, 11.9 percent, and 10.0 percent, respectively. Minnesota and Idaho saw prices similarly dip into the red to 8.6 percent and 7.8 percent.

Writing in the U.S. Housing Data Response for ""Capital Economics"":http://www.capitaleconomics.com/, Paul Dales, a senior U.S. economist with the firm, discouraged taking the report to mean that home prices would rebound.

""We are wary of reading too much into CoreLogic's fairly optimistic house price report for July,"" he wrote. ""The simple truth is that demand will not be strong enough to prompt a decent recovery in prices. In fact, prices will probably fall a bit further this year.""

Dales attributed the uptick to a squeeze in distressed sales as a share of all home sales. He also noted a slowdown in GDP growth and signs and a downturn that persists in consumer confidence, forecasting that ""prices will probably start to decline at a faster rate later this year.""

He added that the ""bigger point├â┬ó├óÔÇÜ┬¼├é┬ª is that in a climate where demand is being constrained by the high unemployment rate, tight credit conditions and many householders├â┬ó├óÔÇÜ┬¼├é┬ª underwater on their mortgage[,] anyone expecting a rapid recovery in prices will be very disappointed.""

Dales finished by suggesting that house prices will hover at the same rates into 2013.