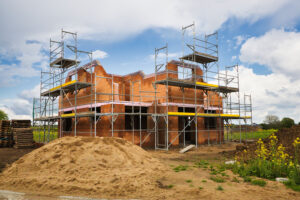 Mosaic, a construction technology platform for the residential development industry, has announced the results of its quarterly Homebuilding Tech Survey, confirming that a majority of homebuilding professionals are looking to implement technology in their operations.

Mosaic’s Q4 2021 Homebuilding Tech Survey measured homebuilding technology usage and sentiment from real estate industry professionals in the southwestern U.S. states of Arizona, California, Colorado, New Mexico, Texas, and Utah. Six hundred respondents were surveyed between August 4 and October 24, 2021, aged 25 to 54-plus, with more than 40% of respondents working directly for or with the homebuilding industry.

“The U.S. homebuilding industry is on the verge of a technological tipping point as it looks for new ways to work smarter and more efficiently to maintain current production levels,” said Salman Ahmad, CEO and Co-Founder of Mosaic. “Our latest survey results show that a majority of homebuilding professionals are ready and willing to incorporate technology solutions into their operations. We’re excited about the potential for a tech-enabled general contractor like Mosaic to be part of a unique solution to our national housing crisis.”

As builders are becoming increasingly open to the adopting of tech advances, builder confidence did fall for the eighth consecutive month in August. The National Association of Home Builders (NAHB)/Wells Fargo Housing Market Index (HMI) fell six points in August to 49, marking the first time since May 2020 that the Index fell below the key break-even measure of 50.

“Ongoing growth in construction costs and high mortgage rates continue to weaken market sentiment for single-family home builders,” said NAHB Chairman Jerry Konter, a home builder and developer from Savannah, Ga. “And in a troubling sign that consumers are now sitting on the sidelines due to higher housing costs, the August buyer traffic number in our builder survey was 32, the lowest level since April 2014 with the exception of the spring of 2020 when the pandemic first hit.”

According to the NAHB, 19% of home builders in the HMI survey reported reducing prices in the past month to increase sales or limit cancellations. The median price reduction was 5% for those reporting using such incentives. Meanwhile, 69% of builders reported higher interest rates as the reason behind falling housing demand, the top impact cited in the survey.