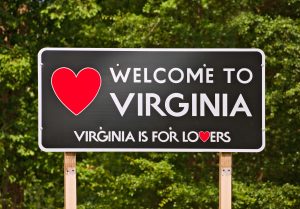 As the trend of soaring real estate prices and fierce competition between buyers reigns supreme, a new study by WalletHub, a credit monitoring and financial advisement company, ranks Chesapeake, Virginia as one of the best places for a first-time buyer to settle down.

The study ranks 300 cities on 22 key indicators of market attractiveness, affordability, and quality of life. Other metrics observed are the size of the city, cost of living, median home-price appreciation, local foreclosure rates, and the state of the job market among others.

The study also outlined the stark differences among some cities in two categories.

Toledo, Ohio, was found to have the most affordable housing among the surveyed cities, while Los Angeles was among six California cites tied for last place, with prices averaging 19 times over what one would have paid in Toledo.

While buyers in Arkansas, Michigan, Mississippi, and Texas had the lowest cost of living, it was found that buyers in California and Hawaii had the highest.

The study also weighs how fast the cities are recovering from the COVID-19 pandemic.

“The supply of homes was extremely limited during the pandemic because would-be sellers did not want people walking through their houses (which caused home prices to soar),” said Michael J. Seiler, a visiting scholar at the University of Cambridge. “Video/virtual tours have become more popular. This was a trend anyway, but still with such a large, infrequent, and unique purchase buyers still want to lay eyes directly on the property before buying. With an increased ability to take better quality images/video comes a greater ability to alter images/video, so I think people will still want to see properties in person before they make what is often the largest purchase of their life.”

“Do not be afraid of missing out on your opportunity to buy a home because home prices are going up so quickly,” Seiler continued. “Fear of missing out makes people want to buy even during over-priced times but know the rent-buy equilibrium will find its rightful balance again. The pendulum swings back to center over time (in nerd-speak, this relationship is ‘mean reverting’).”

According to the National Association of Homebuilders, this comes at a time when some prospective borrowers are disappointed in the market due to high prices and competition. However, the NAHB also found that some 17% of Americans plan to purchase a home within a year based on data they collected in June.

Previous: Where Are Older and Younger Americans Settling?
Next: Homebuyer Optimism Increases