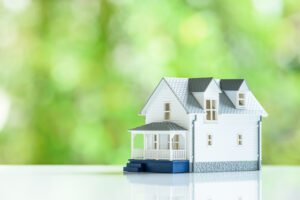 With mortgage rates back on the rise, rising to 5.66% last week according to Freddie Mac, mortgage application volume took another hit this week, as the Mortgage Bankers Association (MBA) reported overall volume decreasing 0.8% week-over-week, for the week ending September 2, 2022.

“Mortgage rates moved higher over the course of last week, as markets continued to re-assess the prospects for the economy and the path of monetary policy, with expectations for short-term rates to move and stay higher for longer,” said Mike Fratantoni, MBA SVP and Chief Economist. “With the 30-year fixed rate rising to the highest level since mid-June, application volumes for both purchase and refinance loans dropped. Recent economic data will likely prevent any significant decline in mortgage rates in the near term, but the strong job market depicted in the August data should support housing demand. There is no sign of a rebound in purchase applications yet, but the robust job market and an increase in housing inventories should lead to an eventual increase in purchase activity.”

Late last week, the Bureau of Labor Statistics (BLS) reported that total non-farm payroll employment increased by 315,000 in August 2022, as the unemployment rate rose to 3.7%, with notable job gains found in professional and business services, health care, and retail trade.

“Total non-farm payroll employment increased by 315,000 in August, just under consensus expectations, as the unemployment rate rose to 3.7%,” said First American Deputy Chief Economist Odeta Kushi. “The prime-age labor force participation rate increased from 82.4% to 82.8%, reaching its highest point since right before the pandemic hit in February 2020, which signals that people are returning to the labor force.”

As high rates and inflation continue to place affordability pressures on prospective buyers, many are choosing to sit on the sidelines and wait out the current storm lingering overhead. But there is a silver lining in it all, as notes Fratantoni.

“The housing market is reeling from the hit to affordability from the spike in mortgage rates and much higher home prices,” said Fratantoni. “While these data don’t promise any near-term relief on rates, the strong job market will continue to support housing demand as household incomes continue to grow at a brisk pace.”

Previous: Consumers Continue to Express Pessimism About Homebuying Conditions
Next: Which Metros Offer the Best Chances of Obtaining Homeownership?