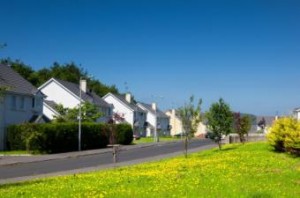 The recent stock market fluctuations and seasonal trend changes may have homebuyers perplexed, but there is a silver lining. Realtor.com's First Look report for August 2015 found that stock volatility and seasonal shifts are opening up more financial options and more time consider the purchase for buyers.

As we enter into the fall homebuying season, Jonathan Smoke, chief economist for realtor.com says that August data shows that housing supply and demand continued to expand and overall housing health remains positive.

"A temporary drop in demand by those negatively affected by stock market instability might be just what strained would-be buyers need to gain the advantage in a market that has given sellers the upper hand so far this year."

“This year we are seeing inventory continue to grow in August, and while overall demand is strong, the trend in median days on market is suggesting that the market is finding more of a balance,” Smoke noted. “This bodes well for would-be buyers who have been discouraged by the inability to find a home to buy this spring and summer."

Realtor.com's also released the results of their Hotness Index, which ranks cities according to the number of times listings are viewed on Realtor.com and the age of the inventory in each market, found that the hottest markets hardly changed from July, reflecting the strength of supply and demand in these markets.

San Francisco, California metro held its number one spot in August and July, while the Dallas, Texas and the Denver, Colorado metro took the second and third spots, respectively.

“Continuing the trend of California domination this year, 11 of the 20 hottest markets this month sit in the Golden State,” Smoke explained. “California’s tight supply and strong economic growth continues to propel its cities to the top of the realtor.com Hotness Index month after month.”