Home >> Daily Dose >> The Factors Behind a ‘Stable’ Bank Rating Outlook Are. . .

The Factors Behind a ‘Stable’ Bank Rating Outlook Are. . . 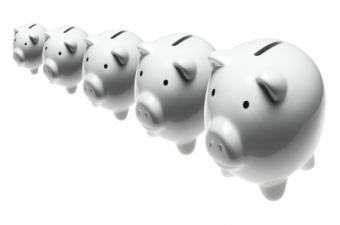 Stability in real estate values and improved home sales data are two of the external factors responsible for the “stable” ratings outlook given to banks by Kroll Bond Ratings Agency (KBRA) in the Mid-Year 2016 U.S. Banking Outlook released Thursday.

Though KRBA’s rated bank universe (largely consisting of regional and supercommunity banks) are facing some operational and credit headwinds, the banks earned a stable rating outlook in the agency’s latest outlook report due to a myriad of internal and external factors.

While the external factors include improved home sales, stability in real estate asset values, and overall moderately stable economic operating conditions, internal factors behind the stable rating outlook include solid funding structures, improved asset quality metrics that resulted from conservative underwriting, and a thorough understanding of their respective operating footprints, according to KBRA.

“Broadly, the growth rate of the U.S. economy is forecast to remain moderate at best with possible downward pressure originating internationally,” the report stated. “Rating constraints include concentrated exposure to real estate as well as a large reliance upon spread-derived income.”

“Much of this can be attributed to shareholder pressure for greater performance, though there has not been an observed shift to more accommodative dividend policies,” the report stated. “This comes as regulatory pressures on institutions to maintain higher capital levels are elevated while the Dodd-Frank regulations surrounding capital and liquidity stress testing (DFAST) appear to be trickling downward toward smaller institutions, including those in the rated universe.”

Despite the downward trend, capital levels remain above regulatory minimums for all investment grade institutions to achieve a designation of “well-capitalized.” Most, if not all, performed well in the stress scenarios, according to KBRA.

Previous: Will the Financial CHOICE Act Make it to the House Floor?
Next: Bank of America Launches Mobile Homebuying Education Center