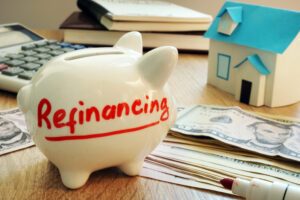 The Mortgage Bankers Association (MBA) has reported that overall mortgage application volume fell yet again, dropping 1.2% week-over-week, according to the MBA’s Weekly Mortgage Applications Survey for the week ending September 9, 2022.

“The 30-year fixed mortgage rate hit the six percent mark for the first time since 2008–rising to 6.01%–which is essentially double what it was a year ago,” said Joel Kan, MBA’s Associate VP of Economic and Industry Forecasting. “Higher mortgage rates have pushed refinance activity down more than 80% from last year, and have contributed to more homebuyers staying on the sidelines. Government loans, which tend to be favored by first-time buyers, bucked this trend, and increased over the week, driven mainly by VA and USDA lending activity.”

While rates rose and apps dipped, housing affordability hit another low for first-time buyers during Q2 of 2022 according to a recent NerdWallet report. Despite a rise in the nation’s housing inventory, a combination of list prices on the upswing and stagnant household wages has resulted in more borrowers struggling to afford the homes that are on the market.

“Homes were listed at 6.5 times the typical first-time home buyer income in the second quarter across the most populous 50 U.S. metros, and 6.6 times their income across the nation,” said NerdWallet author Elizabeth Renter in her report. “Both of these top the highest rates we’ve seen in the two-year duration of this analysis, previously bested in the first quarter of 2022.”

As rates continue to linger in the 6%-range, more homeowners are remaining on the sidelines as Kan noted earlier, as the refinance share of mortgage activity decreased to 30.2% of total applications, down slightly from 30.7% the previous week.

And as rates continue their erratic rise, those looking to seize the opportunity to get into a home and lock in rates saw the adjustable-rate mortgage (ARM) share of activity increase to 9.1% of total applications.

“The spread between the conforming 30-year fixed mortgage rate and both ARM and jumbo loans remained wide last week, at 118 and 45 basis points, respectively,” said Kan. “The wide spread underscores the volatility in capital markets due to uncertainty about the Fed’s next policy moves.”

And how long will inflation continue its stranglehold on Americans’ wallets? Yesterday, the Bureau of Labor Statistics (BLS) reported that the Consumer Price Index for All Urban Consumers (CPI-U) rose 0.1% in August on an adjusted basis after being unchanged in July. Over the last 12 months, the All-Items Index increased 8.3% before seasonal adjustment, as increases in the Shelter, Food, and Medical Care Indices were the largest of many contributors to the broad-based monthly all items increase. These increases were mostly offset by a 10.6% decline in the Gasoline Index. But despite the slide in fuel costs, the Food Index continued to grip households nationwide, rising 0.8% over the month, as the Food at Home Index rose 0.7%. The nation’s Energy Index fell 5% over the month, as the Gasoline Index declined, but the Electricity and Natural Gas Indices increased.

“The surprise to the upside all but guarantees continued aggressive action from the Fed, likely putting more upward pressure on mortgage rates,” noted First American Deputy Chief Economist Odeta Kushi. “Mortgage rates have more than doubled compared with one year ago, resulting in slower sales and house price deceleration. Even higher rates will likely accelerate the great housing market moderation.”