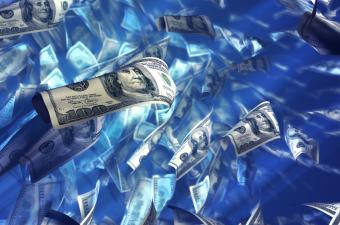 Underwater residential properties dropped 13 percent from the first quarter; 19 percent year over year. Negative equity totaled $284 billion at the end of Q2, which is down approximately $20 billion, or 6.7 percent, from Q1. Year-over-year, the value of negative equity declined from $314 billion.

Texas had the highest percentage of homes with positive equity at 98.3 percent, followed by Alaska, Colorado, Hawaii, and Utah, each around 98 percent. San Francisco had the best positive equity position at 99.4 percent.

"Home value gains have played a large part in restoring home equity," said Dr. Frank Nothaft, chief economist for CoreLogic. "The CoreLogic Home Price Index for the U.S. recorded 5.2 percent growth in the year through June, an important reason that the number of owners with negative equity fell by 850,000 in the second quarter from a year earlier."

Nevada had the highest percentage of mortgaged properties in negative equity at 15.3 percent, followed by Florida at 14 percent.  Maryland, Illinois, and Arizona were all above 11 percent. According to CoreLogic, these five states combined accounted a third of negative equity in the U.S., but only 18.6 percent of outstanding mortgages.

"We see home prices rising another 5 percent in the coming year based on the latest projected national CoreLogic Home Price Index," said Anand Nallathambi, president and CEO of CoreLogic. "Assuming this growth is uniform across the U.S., that should release an additional 700,000 homeowners from the scourge of negative equity."