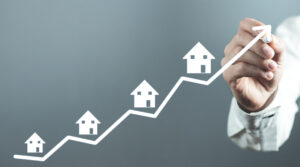 “Mortgage rates continued to rise alongside hotter-than-expected inflation numbers this week, exceeding 6% for the first time since late 2008,” said Sam Khater, Freddie Mac’s Chief Economist. “Although the increase in rates will continue to dampen demand and put downward pressure on home prices, inventory remains inadequate. This indicates that while home price declines will likely continue, they should not be large.”

“Higher mortgage rates have pushed refinance activity down more than 80% from last year, and have contributed to more homebuyers staying on the sidelines,” said Joel Kan, MBA’s Associate VP of Economic and Industry Forecasting. “Government loans, which tend to be favored by first-time buyers, bucked this trend, and increased over the week, driven mainly by VA and USDA lending activity.” 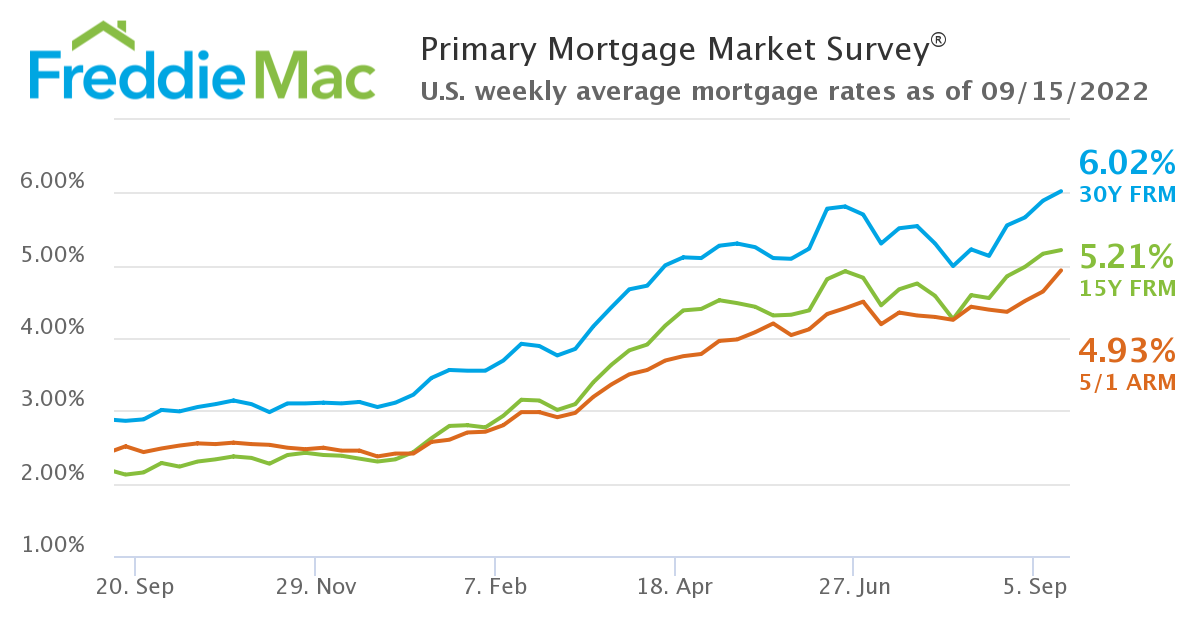 The Bureau of Labor Statistics (BLS) recently released its August 2022 Consumer Price Index for All Urban Consumers (CPI-U), which rose 0.1% in August on an adjusted basis after being unchanged in July. Over the last 12 months, the All-Items Index increased 8.3% before seasonal adjustment, as increases in the Shelter, Food, and Medical Care Indices were the largest of many contributors to the broad-based monthly all items increase.

“Investors reacted to August’s inflation numbers which showed that consumer prices continued to rise at 1980s levels,” said Realtor.com Manager of Economic Research George Ratiu. “While the headline figure slowed from June’s high, core inflation remains stubbornly elevated, putting pressure on the Federal Reserve to maintain an aggressive stance on monetary tightening. Markets are keeping a close eye on the central bank’s meeting next week, expecting another 75-basis point increase in the policy rate, if not a 100-basis point jump.”

As inflation continues to impede the ability for many to enter the housing market, the lone positive byproduct for the housing industry is the rise in the nation’s housing supply. Many wait to see if the Fed takes action come September 20-21 when the Federal Open Market Committee (FOMC) holds its meeting to discuss the Fed funds rate and possibly raise them higher to combat inflation.

“After working in conjunction with fiscal policy to pump massive liquidity into financial markets and boost companies and consumers’ budgets during the critical stages of the pandemic, the Fed is pulling hard on levers to reverse its direction,” said Ratiu. “While the Bank has been aiming for a ‘soft landing’ for the better part of this year—slowing the economy just enough to tame prices, without damaging employment—remarks by FOMC members over the past month are hinting that policy-makers are willing to accept a much harsher impact, with Chairman Powell mentioning more ‘pain’ to come. These remarks, combined with continued rate hikes and balance sheet reduction, are already having a visible impact on corporate outlooks. Consumer confidence is also likely to be impacted in the months ahead leading into the critical holiday retail season.”

With inflation impacting the bank account of many Americans still, a recent Joint Center for Housing Studies at Harvard University report issued by Daniel McCue, found the median sales price of an existing home exceeded 15% gain from April 2021 to April 2022, going from $340,700 to $391,200. During this same period, mortgage rates themselves went from 3.05% to 4.98% (which has since eclipsed the 5.5% mark) changing mortgage costs significantly. But perhaps one of the more striking findings from McCue’s study was that the average buyer purchasing an average house with a 30-year FRM now faces a monthly payment of $2,020 versus $1,400 a year prior, thus deepening affordability concerns for most looking to jump into the housing market.

“For real estate markets, the rising costs of borrowing are further cooling demand for homes and deepening the affordability crisis,” added Ratiu. “The buyer of a median-priced home is looking at a monthly payment of $2,100 at today’s mortgage rate, a 66% jump from last year. With real median household incomes remaining relatively unchanged, many first-time homebuyers are finding the door to homeownership is closed for this season. With borrowing costs expected to continue rising in the next few months, it is becoming increasingly clear that home prices need to decline to bring balance back to housing markets. Many sellers are recognizing the shift in market conditions and are responding by cutting their asking prices. These changes are coinciding with the time of the year when buyers have historically found the best market conditions to find a bargain.”