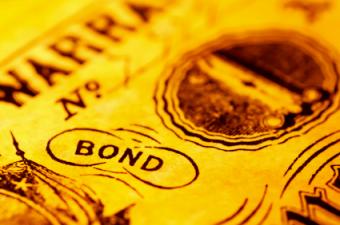 Feds Seen as Able to Weather Crisis if Greece Defaults

With fears on the rise about a default by debt-ridden Greece, stocks for U.S. companies and lenders fell around midday Monday. Speaking with _MReport_, federal regulatory agencies downplayed the fears despite quarterly numbers that found an expansion in lending volume between wobbly euro zone and U.S. financial institutions over the first quarter.

New worries about Greece, the survival of the euro, and the impact of a spreading debt contagion arose over the weekend when European Union officials found themselves at an impasse over new bailout funds for the fast-sinking country.

Partly in reaction to the news, several U.S. financial institutions saw investors flee their stocks midday Monday, with embattled mortgage giant Bank of America seeing shares near $6.97, following a 3.53-percent slash in stocks. Wells Fargo, Citigroup, and JPMorgan followed with declines to the tune of 3.05 percent, 5.17 percent, and 3.29 percent, resulting in shares that hovered at $24.19, $27.49, and $32.33, respectively.

Rattled stocks and shares track a ""quarterly report"":http://www.bis.org/publ/qtrpdf/r_qt1109b.pdf by research firm ""Bank for International Settlements"":http://www.bis.org/ (BIS) that reveals a $491-billion rise in lending by euro zone markets to U.S. financial institutions. BIS discovered a 1.3-percent uptick in cross-border bank claims, reflecting $254 billion in loans, alongside a 2.2-percent increase in nonbank loans, which roughly translate into $237 billion of funds.

Paul Dales, a senior U.S. economist with ""Capital Economics"":http://www.capitaleconomics.com/, waves away concerns by describing ""not that much"" exposure for U.S. financial institutions.

He tells _MReport_ that Greek government debt accounts for less than 1 percent of bank-held assets at U.S. financial institutions ├â┬ó├óÔÇÜ┬¼├óÔé¼┼ô still a closely watched number for federal bank regulators like the ""Office of the Comptroller of the Currency"":http://www.occ.treas.gov/ (OCC) and the ""FDIC"":http://www.fdic.gov/ to a lesser extent.

Dales says federal agencies are ""well-poised"" to head off the crisis. He denotes two reasons why, explaining that the OCC and FDIC ""have the luxury of seeing this [crisis] coming,"" as opposed to the Lehman Brothers catastrophe, which set off the financial crisis in 2008.

He also says that their experience, accumulated from bank failures and new rules over the past three years, will help the regulators ""head off any liquidity or solvency concerns.""

In an e-mail, Bryan Hubbard, a spokesperson for the OCC, says that the agency ""continues to monitor events in Greece closely. Risk exposure for OCC-regulated U.S. banks is limited and does not represent a significant supervisory concern.""

He pointed to ""appropriate risk management controls"" that he said the OCC has in place with U.S. banks to offset ""emerging concerns"" in euro zone markets.

""We constantly monitor and review our staffing and our needs,"" says David Barr, a spokesperson for the FDIC, the sister agency responsible for smaller community banks, which also reported no new bank failures over the weekend.

He says that U.S. financial institutions held $712.2 billion in sovereign debt for countries like Greece, Ireland, Portugal, and Spain ├â┬ó├óÔÇÜ┬¼├óÔé¼┼ô all euro zone countries described by news outlets as in danger from the spreading debt contagion.

Despite short-term minimal exposure to U.S. financial institutions, Dales says that real concern lay with the fate of the euro, which may well crumble if Greece needs to leave the European Union.

He imagines a scenario in which countries located in the southern periphery of the continent ├â┬ó├óÔÇÜ┬¼├óÔé¼┼ô Greece, Italy, and Portugal, among others ├â┬ó├óÔÇÜ┬¼├óÔé¼┼ô form a separate currency, leaving Germany and other, more northerly, and fiscally secure countries with a sounder version.

He also underscores the unhelpful potential of a ""liquidity crisis"" for U.S. financial institutions even if the euro zone stays together.

""Presumably it would mean that [U.S.] banks are more reluctant to lend"" if their liquidity creates exposure, he says. ""It wouldn't be a good thing for the U.S. banking system or housing.""

Speaking to _MReport_ for a ""past story"":https://themreport.com/articles/how-european-debt-debacle-could-stifle-housing-2011-08-12, Dales framed fallout from the crisis around Treasury yields, which he said would continue to fall as investors flock to U.S. Treasury debt, further depressing already record-low mortgage rates.