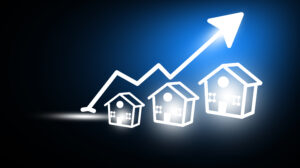 In anticipation of the Federal Reserve’s rate hike at yesterday’s Federal Open Market Committee (FOMC), Freddie Mac reported that the 30-year, fixed-rate mortgage (FRM) jumped 25-basis points week-over-week, averaging 6.29% with an average 0.9 point as of September 22, 2022. This average was up from last week when it averaged 6.02%. A year ago at this time, the 30-year FRM averaged 2.88%.

According to the National Association of Realtors (NAR), existing-home sales decreased for the seventh straight month to a seasonally adjusted annual rate of 4.80 million in August 2022. NAR also reported the median existing-home sales in the U.S. price rose 7.7% year-over-year to $389,500. And after five successive monthly increases, the inventory of unsold existing homes dwindled to 1.28 million by the end of August 2022, or the equivalent of 3.2 months at the current monthly sales pace. 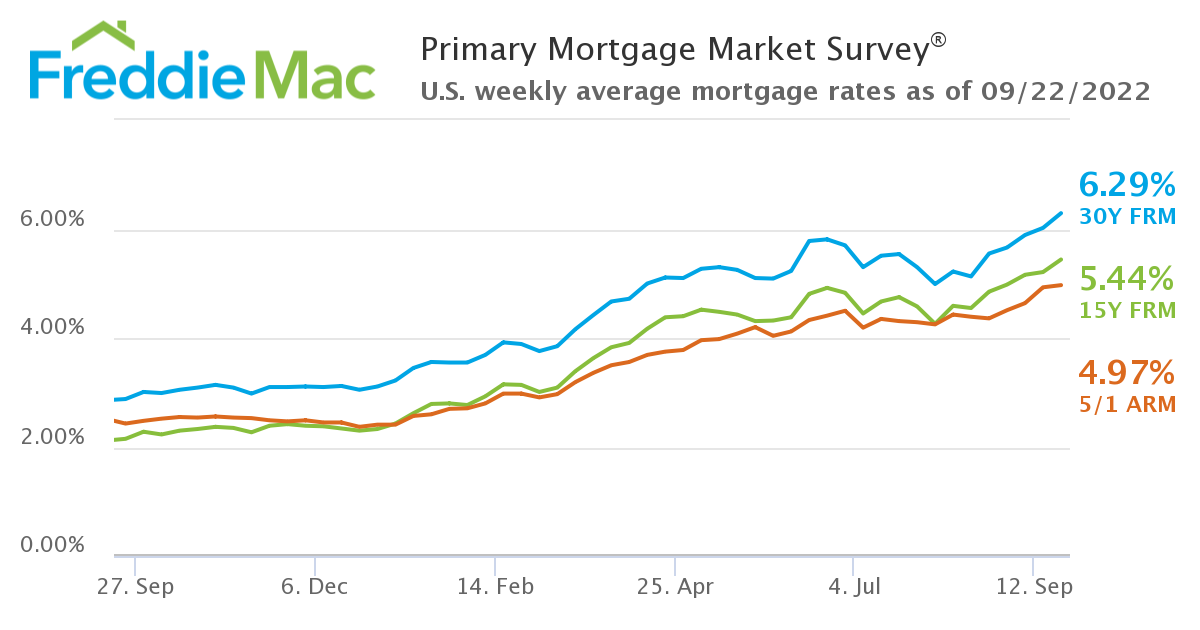 “The Federal Reserve’s actions to slow high inflation continued this week with another short-term rate hike,” said Bob Brokesmit, CMB, President and CEO of the Mortgage Bankers Association (MBA). “Mortgage rates in recent weeks have followed the same upward path and are now at highs last seen in 2008. Despite these higher rates, mortgage applications increased last week for the first time in six weeks, with gains in both purchase and refinance activity. MBA expects homebuyer demand to return, but with rates double what they were last year, the typical mortgage applicant’s monthly payment is $456 more than in January.”

As Brokesmit mentioned, the MBA reported yesterday that overall mortgage application volume rose for the first time in more than six weeks, rising 3.8% week-over-week, while the refi share rose as well, rising to a 32.5% share of total applications, up from 30.2% the previous week.

Was this a last-ditch effort by some to jump into the housing market before being completely shut out by soaring mortgage rates?

“For housing markets, higher borrowing costs are the very remedy the Fed is prescribing in order to cool demand and lower overheated prices,” said Ratiu. “The monetary tightening is achieving its intended purpose, with sales of existing homes down for seven consecutive months and August sale prices down 6% from their June peak. While sale prices were still higher than a year ago, the growth moderated into single-digits, a clear sign that the exponential growth of the past several years has slowed.”

However, affordability issues linger for many, as rapidly shrinking finances are being stretched thin with inflation continuing to sweep the nation.

“The buyer of a median-priced home, at today’s rate and using a fixed 30-year mortgage, is weighing a monthly payment that is about $900 per month higher than a year ago, which adds more than $10,000 to their yearly financing burden,” continued Ratiu. “For buyers watching their take-home pay shrink due to higher prices, and shopping budgets diminish due to rising rates, today’s housing market remains highly unaffordable. In many locations, price cuts may be the only viable option to restore housing balance and affordability.”