Home >> News >> Data >> Study: One-Third of Americans Unlikely to Qualify for a Mortgage 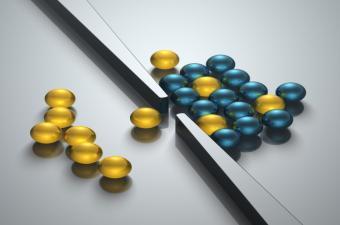 Study: One-Third of Americans Unlikely to Qualify for a Mortgage

A study from ""Zillow"":http://www.zillow.com/ finds three out of 10 Americans are still unable to get in on today's improving market as mortgage availability remains tight.

For its analysis, Zillow analyzed 13 million loan quotes and more than 225,000 purchase loan requests on its Mortgage Marketplace in the first half of September. Results were compared to a similar study conducted in September 2010.

The findings show that borrowers with credit scores under 620--about 28.4 percent of Americans today, according to data from myFICO.com--were unlikely to receive even one quote for a 30-year fixed-rate loan, even if they offered a higher down payment of 15-25 percent.

""Despite all-time high levels of affordability in the housing market, tightened lending standards mean that nearly one-third of Americans are unlikely to be able to achieve the American Dream of homeownership because they can't qualify for a mortgage due to a low credit score,"" said Erin Lantz, director of mortgages at Zillow.

Meanwhile, those who are able to secure a loan are having more trouble getting the best mortgage rates.

According to Zillow's analysis, the lowest rates are currently reserved for those with credit scores of 740 or higher--compared to 720 in 2010. Records from myFICO show 40.3 percent of Americans fit that criteria, while 47 percent qualified for the relaxed standard three years ago (borrowers with scores higher than 740 in 2010 ""did not receive significantly better mortgage rates,"" Zillow said).

In the 2013 study, Zillow found borrowers with credit scores of 740 or above received an average low annual percentage rate (APR) of 4.42 percent for conventional 30-year fixed mortgages.

Borrowers with mid-range credit (between 620 and 739) received APRs between 4.47 percent and 5.09 percent, and those with scores below 620 received too few quotes to even calculate the average low APR.

To avoid surprises, Lantz recommended borrowers to check their credit score and report at least six months before they intend to purchase ""to see if there are any costly inaccuracies, pay down high-balance lines of credit and make sure your bills are always paid on time.""