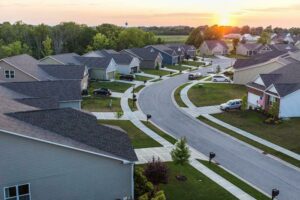 Amid economic uncertainty and experts hinting toward a recession, housing markets in relatively affordable Midwest and East Coast metro areas are holding up better than anywhere else in the country, according to a new report from Redfin.

Lake County, Illinois—located about 45 miles north of Chicago— is holding up better than any other metro in this analysis. It’s followed by Albany, New York, and Chicago. Rounding out the top 10 are New Haven, Connecticut; Milwaukee; New Brunswick, New Jersey; Elgin, Illinois; Bridgeport, Connecticut; Pittsburgh and El Paso, Texas.

Nine of the 10 housing markets holding up best are located either in the Midwest or on the East Coast. The typical home in eight of the 10 markets costs less than the national median sale price of $407,000; New Brunswick, —$480,000— and Bridgeport —$590,000— are the exceptions.

“Homes in places like Chicago and Milwaukee certainly got more expensive during the pandemic homebuying boom, but they’re still affordable compared with the rest of the country,” said Redfin Senior Economist Sheharyar Bokhari. “They’re slow to feel the impacts of economic headwinds like inflation and the Fed raising interest rates because the relatively affordable home prices make them attractive to house hunters seeking deals, and homes are already priced low enough that there’s not much room to fall. These markets don’t have much volatility.”

The lower the home price, the lower the dollar impact on monthly mortgage payments. With today’s 6% mortgage rates, the typical monthly payment on a $310,000 home—Chicago’s median sale price —is $2,000. That’s up from about $1,600 with the 3% rates common at the beginning of the year —a sizeable increase, but smaller than the $1,100 monthly-payment uptick on the typical home in Seattle, where the housing market is cooling quicker than any other U.S. metro.

On the other end of the spectrum, almost all of the housing markets cooling fastest are West Coast metros that have long been expensive or pandemic migration hotspots that went from affordable to not-so-affordable over the last two years. 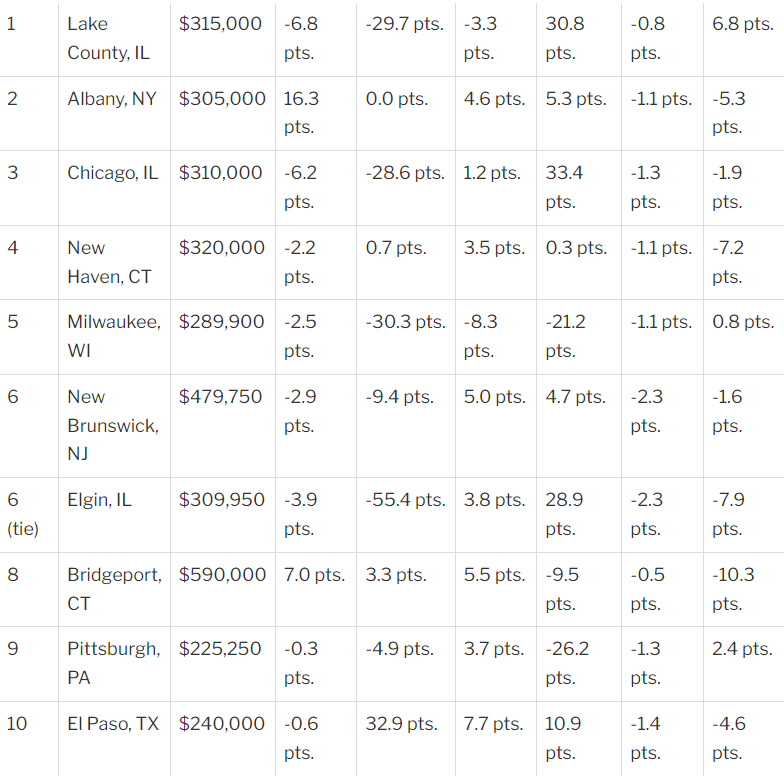 In places like Illinois and upstate New York, homebuyer demand is almost as strong as earlier in the year

Measures of homebuyer demand and competition are nearly as strong as they were in the beginning of the year in the housing markets cooling slowest.

In Lake County, where the typical home sells for about $315,000, about 36% fewer homes sold within two weeks in August than a year earlier, similar to the 43% year-over-year decline in February. The median price per square foot was up 9% from a year earlier in August, smaller than the 16% annual gain in February but still significant. Those numbers indicate that homebuyers are in a similar position as they were earlier in the year, with homes selling at a similar pace and prices holding relatively steady.

“There are still plenty of buyers looking for homes; many of them are people who didn’t stand a chance in last year’s competitive market but are relieved to see lower prices and fewer bidding wars,” said Chicago Redfin agent Ashley Arzer. “They’re willing to purchase a home despite rising rates because they finally have a window of opportunity to get an offer accepted. There are also a fair amount of sellers who want to list their home before a potential economic downturn.”

“Still, deals are more likely to fall through than last year,” Arzer continued. “Some sellers expect to sell their home for the same price that their neighbor got in the spring, and they may not accept lower offers. And buyers are more willing to walk away if they run into a problem during the inspection period because their financial commitment is bigger due to high rates.”