New regulations targeting capital requirements are challenging big banks in the U.S. and abroad. While large American financial institutions have been grappling with more strenuous capital rules since the Dodd-Frank Act was released, banks worldwide are set to experience adaptations with the news that The Basel Committee on Banking Supervision chose to ignore stringent lobbying, in favor of mandating extended capital funding for mega banks.

The committee decided to move forward with initiating capital surcharges from 1 to 2.5 percent for the biggest banks around the globe, despite criticism from financial entities including ""BNP Paribas SA"":http://www.bnpparibas.com/en/home/ and ""Citigroup Inc."":http://www.citigroup.com/citi/homepage/ The banks' objections to the new rules stem from the belief that stricter capital cushions could hinder recovery and growth.

Regulators conducting the meetings in Basel, Switzerland, stuck to the proposed rulings and also announced the acceleration of a minimum liquidity rule to facilitate ""greater market certainty."" The regulations have been open for commentary since July, prior to this week's decision, and the committee publicly stated that it would consider making ""some changes to certain indicators to improve the methodology for identifying"" the specific levies that the banks would be subjected to.

In the U.S., Jamie Dimon, CEO of ""JPMorgan Chase & Co."":http://www.jpmorganchase.com/corporate/Home/home.htm, and Brian T. Moynihan, CEO of ""Bank of America Corp."":https://www.bankofamerica.com/, have both spoken out previously against the group's proposed rules, with Dimon suggesting that country consider withdrawal from the Basel committee due to its ""anti-American"" stance. Following the recent ruling, James Babicz, SAS U.K.'s head of risk, spoke

to _Bloomberg Businessweek_ saying, ""One has to question whether this is the best time to be asking banks to hold more capital. The focus should not be on regulating capital. Rather we should be regulating banks' data in order to supervise the risk.""

The organization, which includes bank regulators representing 27 countries, has promised to speed up the ""liquidity coverage ratio"" (LCR)rules that would require large banks to hold reasonable sellable assets in amounts that could endure a 30-day funding vacuum. Originally assigned a deadline of mid-2013, the Basel committee stated that it will be ahead of schedule with the LCR rule, well in advance of its effective date of Jan. 1, 2015.

Now, the question for affected financial institutions becomes the definition of what will and will not qualify as liquidity. Dimon has addressed his personal concerns, stating that lenders beyond the U.S. might get preferential treatment inadvertently if their correlating jurisdictions applied weighted risk in diverse ways not permitted stateside.

Simon Maughan, head of sales and distribution for ""MF Global Ltd."":http://www.mfglobal.com/ in London, also spoke to _Bloomberg Businessweek_ regarding the commitee's plans to set liquidity boundaries, saying, ""There was massive uncertainty in the market about what would and would not count as liquidity, and they are saying they will provide that clarity. This uncertainty was a big issue for the French banks over the summer. These liquidity ratios are a bigger issue than even the capital requirements are.""

The surcharge regulations are expected to begin implementation sometime between 2016 and the end of 2018. In a broad sense, the goal of the Basel rulings is targeting the conservation of lenders whose collapse could create a global crisis, and when determining the amount of levies for individual banks, the group will consider size, interconnectedness, complexity, global reach, and the equivalent status of the firms that would need to step in in case of an emergency.

Even more noteworthy was the revelation within the Basel meetings that financial institutions could face up to 3.5 percent in surcharges in the future, as the size and structure of the big banks grow and shift. The group says it plans to finish the surcharge rules in time for the ""G20"":http://www.learnstuff.com/learn-about-g20/ summit taking place on Nov. 3 and 4 in Cannes, France.

Previous: SEC Puts S&P on Notice
Next: Pending-Home Sales Dip by 1.2% Over August 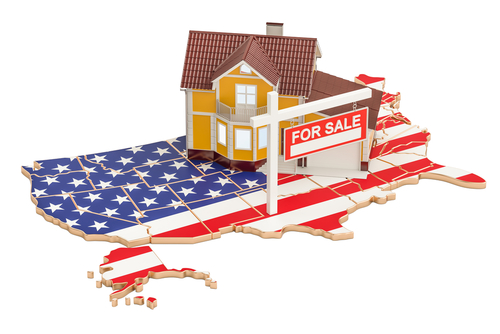 Click through to learn what factors are in play, and why one expert described the housing market as "unseasonably hot."