Home Prices Edge Up in July

Black Knight Financial Services' Data and Analytics division released its July 2015 Home Price Index (HPI) report, finding that U.S. home prices were up 0.4 percent for the month, and have gained 5.3 percent from one year ago.

As the job market improves and demand rises, home prices continued to increase in July in comparison to June. 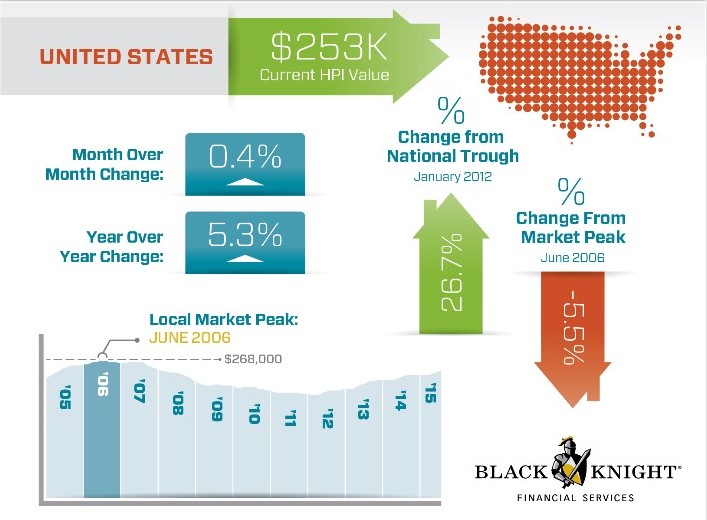 Among all the nation’s metros tracked by the Black Knight HPI, Janesville, WI and Palm Bay, FL saw the greatest monthly appreciation, rising 1.4 percent each from June.

"Low mortgage rates and stronger consumer confidence are supporting a resurgence in home sales of late," said Anand Nallathambi, president and CEO of CoreLogic. "Adding to overall housing demand is the benefit of a better labor market which has provided millennials the financial independence to form new households and escape ever-risings rental costs."