"Pending sales have leveled off since mid–summer, with buyers being bounded by rising prices and few available and affordable properties within their budget," said Lawrence Yun, NAR chief economist. "Even with existing–housing supply barely budging all summer and no relief coming from new construction, contract activity is still higher than earlier this year and a year ago."

The South's pending home sales dropped 2.2 percent to 121.5 in August, but are still 4.1 percent higher than last August. Pending home sales in the West increased 1.8 percent in August to 104.9, and is now 7.6 percent above a year ago.

Yun noted that sales should be able to maintain their current pace, but he cautions of likely barriers that could impact housing.

"The possibility of a government shutdown and any ongoing instability in the equity markets could cause some households to put off buying for the time being,"  Yun said. "Furthermore, adapting to the changes being implemented next month in the mortgage closing process could delay some sales." 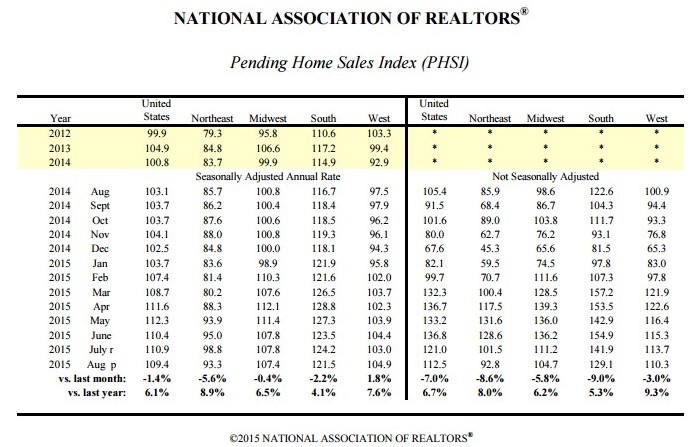