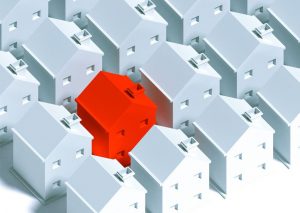 As the housing market tries to adapt to multiple external influences, the fall housing market is offering off-season shoppers more options this fall comparatively to 2021, as inventory increased 26.9% over the year according to the Monthly Housing Trends Report published by Realtor.com.

In addition, the report also found yearly listing price growth firmly remained in double-digit territory at 13.9%, its upward ascent is containing to moderate, therefore suggesting to Realtor.com that a rise in “relatively affordable” homes could be in store for buyers by the end of the year.

"Home prices have been remarkably resilient so far this year, considering the impact that inflation and climbing rates are having on buyers' budgets. Recent data does show some deceleration in listing prices, and a seasonal pull back that is typical of this time of year. On the flip side, this cooling is likely one reason why fewer sellers entered the market in September," said Danielle Hale, Chief Economist for Realtor.com. "For homeowners deciding whether to make a move this year, remember that listing prices—while lower than a few months ago—remain higher than in prior years, so you're still likely to find opportunities to cash-in on record-high levels of equity, particularly if you've owned your home for a longer period of time. And for prospective buyers grappling with affordability, you may have more bargaining power than you realize, particularly in areas where time on market is rising."

Still, today's buyers have significantly more options than during the worst of the inventory crunch of the previous two years. This is especially true in many southern and western markets, where competition has cooled compared to the COVID frenzy.

The current median-priced home spent 50 days on the market in September, up seven days from last year. This compares to a historical September average of 32 days.

Other top-level data from the report as highlighted by Realtor.com include:

Click here to view the report which includes breakdowns of the top-50 metropolitan areas.

Previous: Experts: Buyers Will Return to Power in 2023
Next: Homeownership Remains ‘Historically’ Unaffordable in Most of U.S.