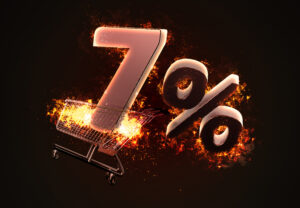 “The uncertainty and volatility in financial markets is heavily impacting mortgage rates,” said Sam Khater, Freddie Mac’s Chief Economist. “Our survey indicates that the range of weekly rate quotes for the 30-year fixed-rate mortgage has more than doubled over the last year. This means that for the typical mortgage amount, a borrower who locked-in at the higher end of the range would pay several hundred dollars more than a borrower who locked-in at the lower end of the range.” 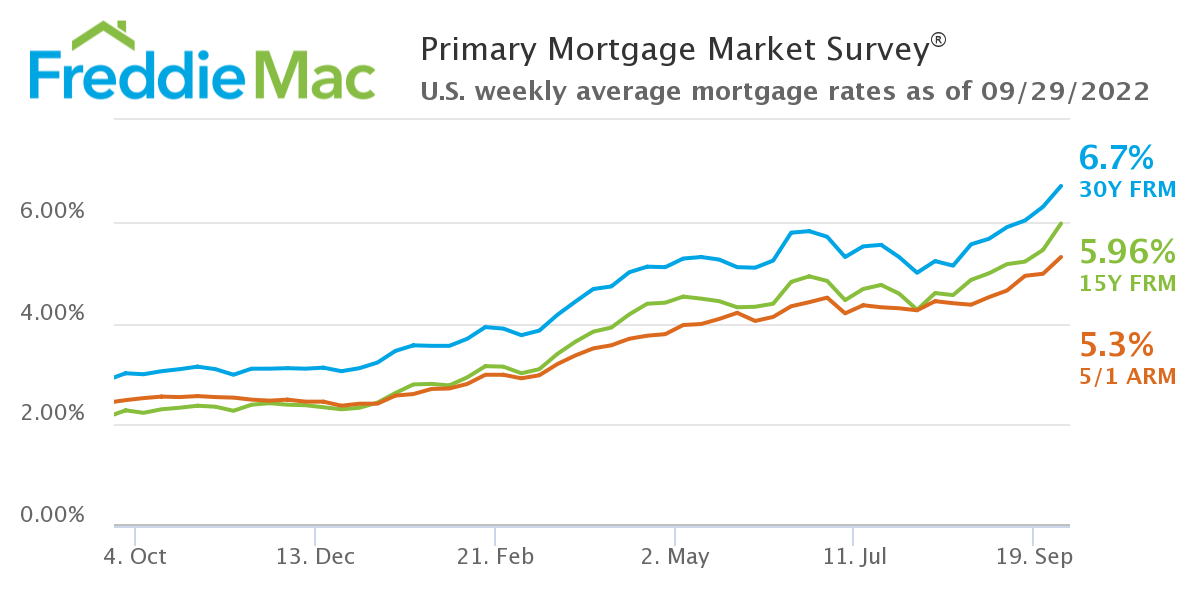 “The large dispersion in rates means it has become even more important for homebuyers to shop around with different lenders,” added Khater.

Earlier this week, the Mortgage Bankers Association (MBA) reported overall mortgage application volume fell 3.7% week-over-week, as more and more buyers are forced to the sidelines due to the increased costs related to housing.

“The last time mortgage rates were in 7% territory was two decades ago, in early 2002,” added Realtor.com Manager of Economic Research George Ratiu. “At the time, the median price of an existing home was $150,900 and that of a new home was $182,700. With a 20% down payment and a 7% interest rate, the buyer of a median-priced home in 2002 would have a monthly payment of $803, before property taxes, insurance, and HOA fees. With the median household income in 2002 at $42,409, and assuming a 25% marginal tax rate, a household dedicated about 30% of its monthly income to a mortgage. Today’s typical household is looking at homes with a median price of $435,000, which translates into a monthly mortgage payment of $2,300. Given that the median annual income is about $71,000 and assuming a federal tax rate of 22%, today’s household is spending 44% of its income on a mortgage, before factoring in property taxes, insurance, and other expenses.”

With mortgage rates forcing many to the sidelines, the timetable for a return to normalcy remains unclear. A report from Zillow who polled a panel of housing experts concluded that competition among home shoppers, and a market firmly in favor of buyers is expected before the end of next year, according to a majority of economists and housing experts surveyed by Zillow. The report finds that rent growth is anticipated to outpace inflation during the next 12 months, as priced-out potential home buyers exert additional pressure on the rental market.

“The huge surge in mortgage rates over the last nine months has squashed many buyers’ budgets, leading to a significant pullback in transactions,” stated Ratiu. “The seven-month decline in existing home sales is not surprising considering the increasing affordability crisis. A household earning the median annual income of $71,000, and using a 20% down payment could afford a home priced at $448,700 in January 2022 when rates were 3.1%. In contrast, at a 7% mortgage rate, the same household can only buy a $341,700 home–meaning that consumers have lost $107,000 in buying power this year.”