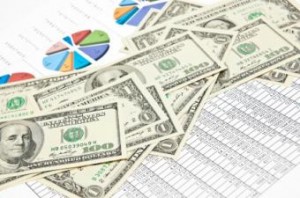 The Conference Board reported a drop of nearly eight points in its monthly measure of consumer sentiment, putting the group's index at 86 from August's upwardly revised reading of 93.4. Economists had expected a slight nudge upward to 92.5 from an originally reported 92.4 the previous month.

Declines were recorded in both component indices: The group's gauge of current economic conditions fell to 89.4 from 93.9, while the index measuring consumers' outlook fell to 83.7 from 93.1.

"A less positive assessment of the current job market, most likely due to the recent softening in growth, was the sole reason for the decline in consumers' assessment of present-day conditions," said Lynn Franco, director of economic indicators at the Conference Board. "Looking ahead, consumers were less confident about the short-term outlook for the economy and labor market, and somewhat mixed regarding their future earnings potential. All told, consumers expect economic growth to ease in the months ahead."

Looking ahead, a smaller share of consumers anticipate job prospects will improve than in August, while a growing number expecting a downturn.

The outlook for income growth was mixed. According to the Conference Board, the number of consumers expecting greater income in the coming months rose, measuring 16.8 percent in the September survey. At the same time, the proportion of respondents expecting a drop in income also climbed, reaching 13.4 percent.