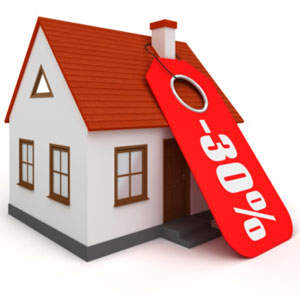 After posting gains this summer, for-sale inventory levels stalled in August growing at a fraction of the rate seen in recent months as sellers are more frequently choosing to remain in their homes instead of moving.

The national inventory deficit held relatively steady at -44%, with the market remaining more than 600,000 listings short as compared to pre-pandemic levels.

In addition, according to Black Knight’s monthly iteration of the Mortgage Monitor Report, median home prices fell 0.98% in August, just under the 1.05% recorded in July.

Between the beginning of July to the end of August, the rate of home price declines posted its biggest pullback in 13 years.

“The Black Knight HPI for August marked the second consecutive month that prices pulled back at the national level, with the median home price now 2% off of its June peak,” said Ben Graboske, President of Black Knight’s Data & Analytics arm. “Only marginally better than July’s revised 1.05% monthly decline, home prices were down an additional 0.98% in August. Either one of them would have been the largest single-month price decline since January 2009—together they represent two straight months of significant pullbacks after more than two years of record-breaking growth. The only months with materially higher single-month price declines than we’ve seen in July and August were in the winter of 2008, following the Lehman Brothers bankruptcy and subsequent financial crisis.” 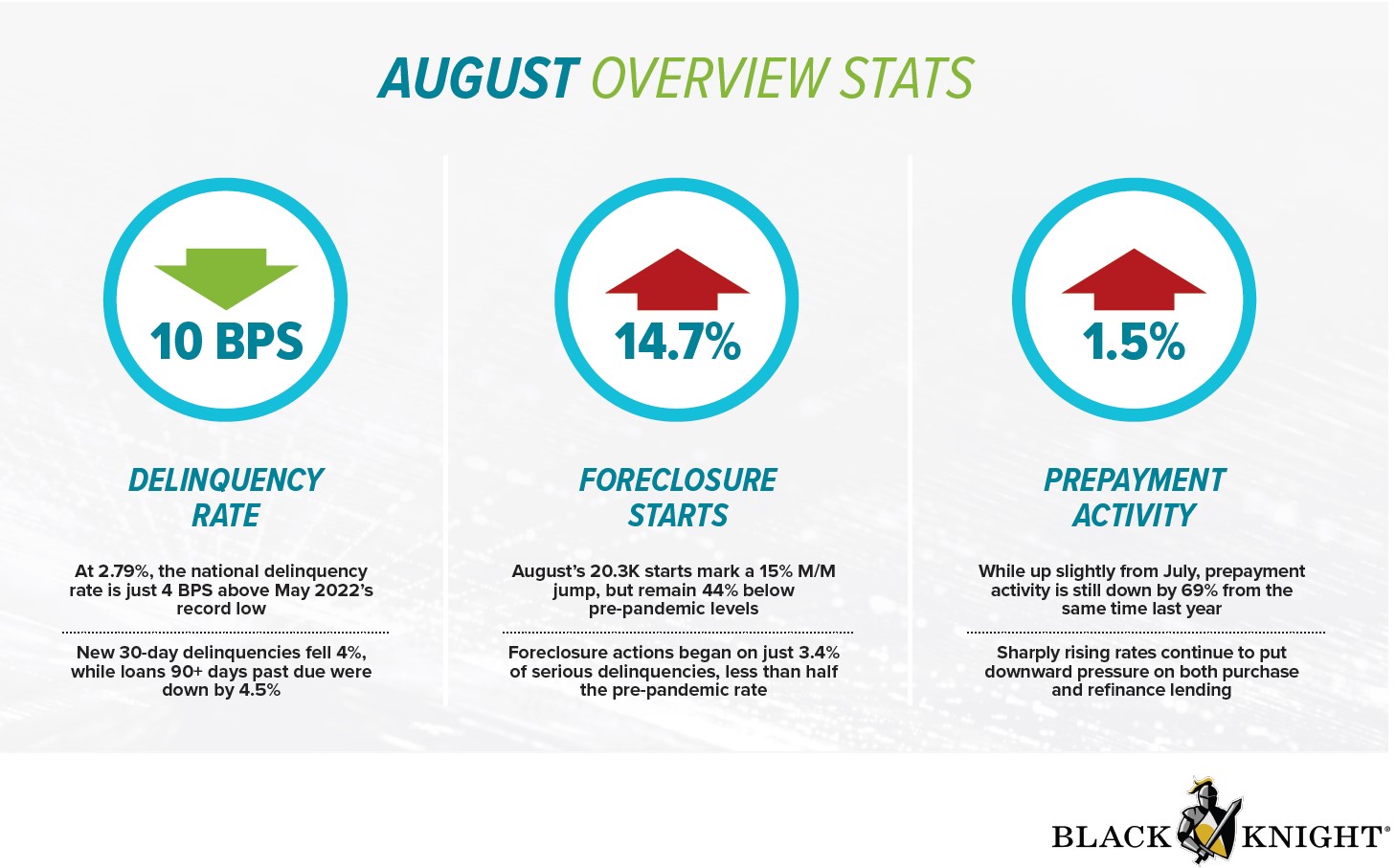 The confluence of these events, along with record high payment-to-income rates eclipsing 38.2%, has made housing “historically unaffordable” for a large segment of the population.

“Historically low inventory—along with record low interest rates—was one of the key drivers behind U.S. home prices seeing essentially a decade’s worth of appreciation in just two-and-a-half years,” Graboske continued. “Inventory levels had been improving though, with our Collateral Analytics data showing both overall inventory and months of supply rising sharply from May through July.” 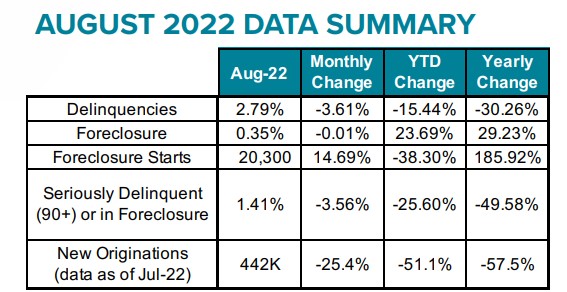 “We’d climbed from 1.7 months of for-sale inventory to 3.1 months before improvement stalled in August as sellers appeared to take a step back from the market. Inventory grew at just one-tenth the rate it had been, with the market still some 600K listings short of ‘normal,’ pre-pandemic levels. It will be worth watching inventory levels closely in coming months for any sign of a shift in seller sentiment.”

“Right now, prospective sellers are not only coming to grips with falling demand and declining prices due to sharply higher interest rates, but they also have a growing disincentive to give up their own historically low-rate mortgages in this environment. Some may be waiting out the market to see if demand—and prices—return in the spring.” 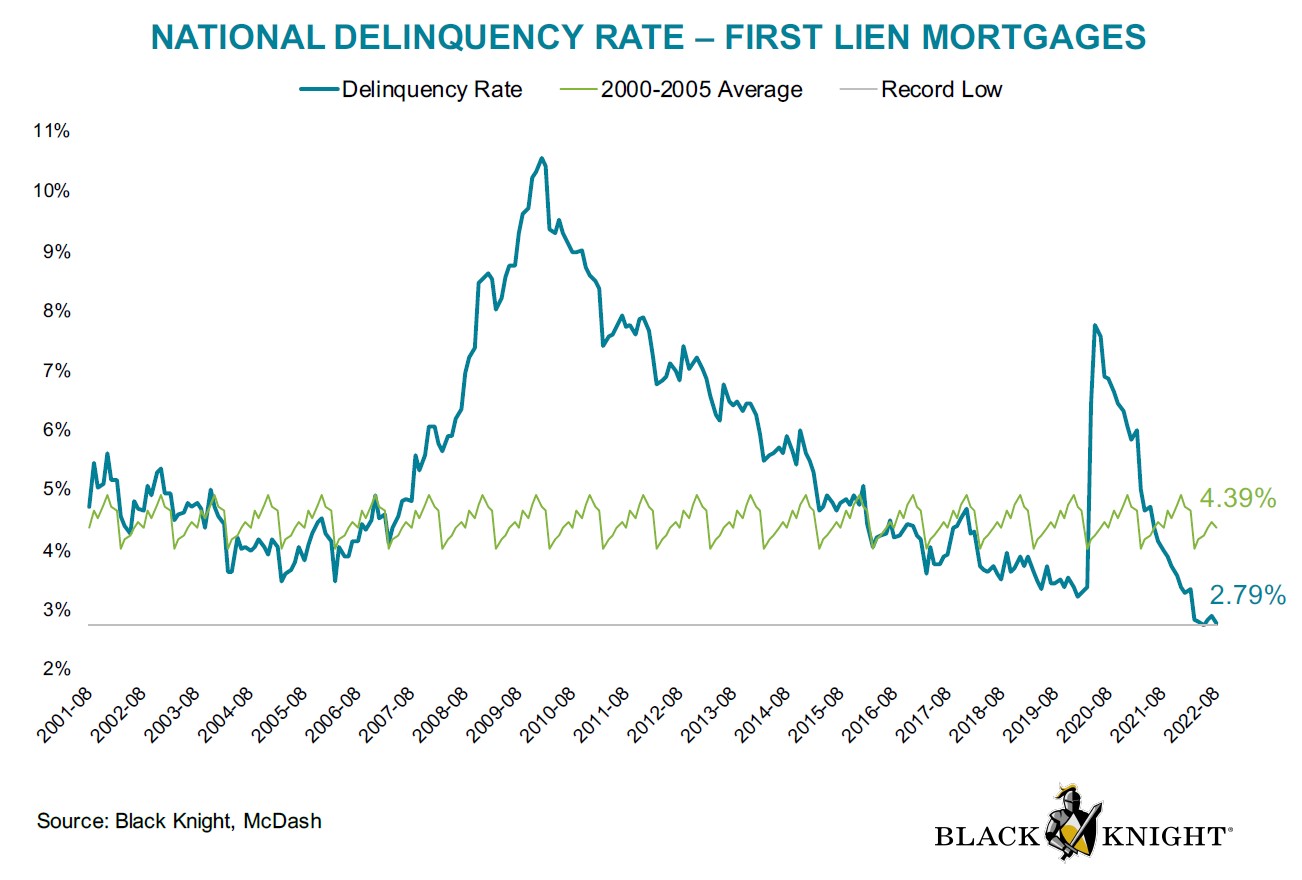 Click here to view the 25-page report in its entirety.

Previous: The Week Ahead: Examining the Pandemic’s Impact on Elderly Homeowners
Next: Rent Growth Moderates for Third Consecutive Month