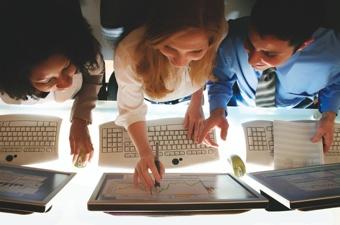 Experts across the country wasted no time in responding to ""Friday's unemployment report"":https://themreport.com/articles/unemployment-slips-below-8-for-first-time-since-2009-2012-10-05, and the responses ranged from celebration to healthy skepticism.

According to a report from the Bureau of Labor Statistics (BLS), the unemployment rate in September fell to a 44-month low of 7.8 percent.

The White House pointed to the data as a sign of a recovering economy. In an interview with ""Bloomberg Television"":http://www.bloomberg.com/video/welch-s-jobs-comments-irresponsible-krueger-says-aIgy9H0VQM~_G8YdjtROHw.html, Alan Krueger, chairman of the White House Council of Economic Advisors, said that while ""there's a lot more work to be done ... we are digging our way out of a very deep hole.""

Republican presidential candidate ""Mitt Romney"":http://www.mittromney.com/forms/welcome-0, on the other hand, downplayed the significance of the September data, criticizing ""the results of President Obama's failed policies.""

""This is not what a real recovery looks like,"" Romney said in a statement. ""If not for all the people who have simply dropped out of the labor force, the real unemployment rate would be closer to 11 percent.""

The elevated unemployment rate has plagued the president's administration for most its tenure and become a focal point for pundits and political rivals. A rise or fall in unemployment in the final months leading up to November's election may prove to be a turning point for undecided voters.

""Capital Economics"":http://www.capitaleconomics.com/ focused its view less on politics and more on its own breakdown of the data, noting that while the growth was modest, the overall report was encouraging.

""This means the unemployment rate has now fallen by 0.5 percent in two months,"" wrote Paul Ashworth, chief U.S. economist. ""That probably doesn't qualify as the ├â┬ó├óÔÇÜ┬¼├ï┼ôsubstantial' improvement the Fed is looking for, but it would do in the unlikely event that this rate of decline continued.""

Meanwhile, as pundits and online commentators clashed over the validity of the report and the possibility of ""cooked numbers"" leading up to an election, Wall Street had its own reaction.

The ""S&P 500 Index"":http://www.standardandpoors.com/indices/sp-500/en/us/?indexId=spusa-500-usduf--p-us-l-- stood on the back of BLS' report to rise to its highest closing level since 2007. Meanwhile, ""Bank of America"":http://promo.bankofamerica.com/multiproduct/index2.html?testtarget=1&cm_mmc=EBZ-EnterpriseBrand-_-Google-PS-_-bankofamerica-_-No%20Spaces%20Misspellings and ""Citi"":http://www.citigroup.com/citi/ led advances among financial companies-jumping at least 1.1 percent, Bloomberg noted-while the ""Philadelphia Housing Sector Index"":http://www.bloomberg.com/quote/HGX:IND showed strong gains in construction and residential housing companies.

While stocks jump around as investors place bets on employment, mortgage professionals and borrowers may be keeping their eyes on mortgage rates. With BLS' report indicating a somewhat healthier (though still weak) employment situation, it's unclear so far how the market will react.