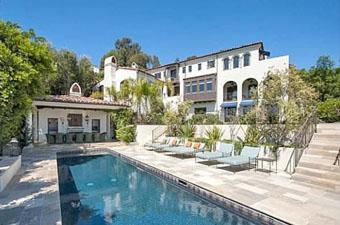 Oscar-winning actress Hilary Swank has listed her Los Angeles abode for $9.495 million. Swank has called the expansive estate, located in the city's Pacific Palisades area, home since 2007, when she purchased the property for a reported $5.8 million.

""According to Zillow"":http://www.zillow.com/blog/2012-09-26/hilary-swank-lists-pacific-palisades-home/, Swank conducted an extensive renovation on the Mediterranean-style home, which was originally built in 1928. The website added that the 6,722-square-foot pad is ""A-lister worthy"" and features amenities such as a home theater, gym, guest quarters, and a luxury pool. Meanwhile ""RealEstalker"":http://realestalker.blogspot.com/2012/09/hilary-swank-lists-pacific-palisades-pad.html speculated that Swank was motivated to sell her mansion following a summer break up with her long-time boyfriend.