Cash-out refinance volume rose nearly 70 percent year-over-year in the second quarter of 2015, as borrowers took advantage of the increased equity available to them and historically low mortgage interest rates.

“Even so, it’s clear that borrowers have been capitalizing on the increased equity available to them," Graboske said. "However, as interest rates rise, we could see an increase in HELOC lending and corresponding slowing in first lien cash-out refis, as borrowers will likely want to hang on to lower rates for their first mortgage while still being able to tap available equity.” 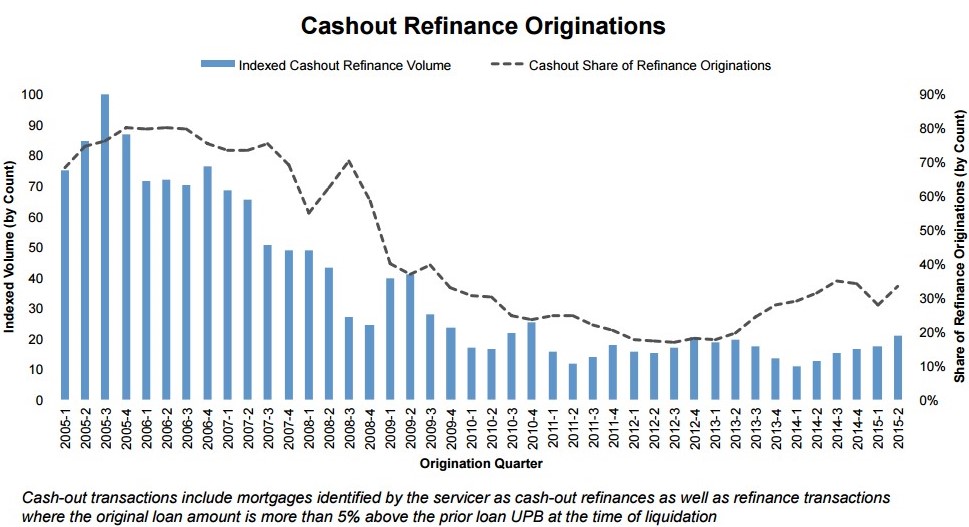 On average, borrowers are pulling out an average of $67,000 of equity through cash-out refis, with resulting average LTVs are at 68 percent, the lowest in 10 years.

Over 30 percent of these cash-out refinances occurred in California, followed by Texas with 7 percent, the report showed.