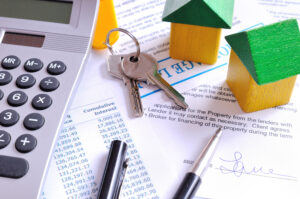 As mortgage rates continue to climb near the 7%-mark, the Mortgage Bankers Association (MBA) reports that mortgage application volume fell 14.2% week-over-week, according to its latest Weekly Mortgage Applications Survey for the week ending September 30, 2022.

“Mortgage rates continued to climb last week, causing another pullback in overall application activity, which dropped to its slowest pace since 1997. The 30-year fixed rate hit 6.75% last week–the highest rate since 2006,” said Joel Kan, MBA’s Associate VP of Economic and Industry Forecasting. “The current rate has more than doubled over the past year, and has increased 130-basis points in the past seven weeks alone. The steep increase in rates continued to halt refinance activity, and is also impacting purchase applications, which have fallen 37% behind last year’s pace. Additionally, the spreads between the conforming rate compared to jumbo loans widened again, and we saw the ARM share rise further to almost 12% of applications.”

As rates rose, refinance activity took a hit once again, dropping slightly to 29% of all mortgage activity, down from 30.2% the previous week. The rise in mortgage rates also impacted the adjustable-rate mortgage (ARM) share of activity as ARMs rose to 11.8% of total applications, up from last week’s reading of 10.4%.

Also impacting this week’s mortgage app volume was the devastation that Hurricane Ian left in its wake after making landfall and moving northbound. Hurricane Ian left an estimated $22 billion and $32 billion in wind losses for residential and commercial properties in Florida alone, while insured storm surge losses in Florida are expected to be an additional $6 billion to $15 billion, according to CoreLogic.

“There was also an impact from Hurricane Ian’s arrival in Florida last week, which prompted widespread closings and evacuations,” added Kan. “Applications in Florida fell 31%, compared to 14% overall, on a non-seasonally adjusted basis.”

Economic volatility and the surge in mortgage rates have caused many potential homebuyers to delay or cancel their plans to purchase a home altogether. The typical homebuyer’s monthly mortgage payment has climbed $337—or 15%—over the past six weeks to a new high of $2,547, according to a new report from Redfin.

Redfin Deputy Chief Economist Taylor Marr noted, “Sellers should anticipate that buyers are unwilling or unable to pay a price similar to what their neighbor’s home sold for a month ago, and buyers should connect with their lenders to find ways to mitigate the impact of rising rates. This could include paying upfront to lock in a rate, switching to an ARM and tightening your budget so you don’t end up with a monthly mortgage payment that’s a stretch to afford in the months to come.”