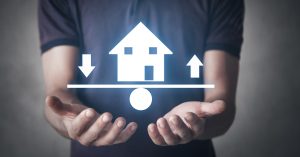 Home price growth showed no signs of slowing in August 2022 as rates rose 12% on an annualized basis according to the latest Home Price Index (HPI) published by homegenius, a subsidiary of the Radian Group, Inc.

This growth, however, high, has pulled back from a rate of 35% off its peak in July 2022. While it is true that appreciation rates slow during the fall/winter off seasons, this pace is still atypical for this time of year.

“Over the last two months, the impact of major increases in mortgage rates and inflation have finally been realized in the slowing rate of home price appreciation. It is once again clear that home prices are not impervious to the broader economic conditions around the country,” noted Steve Gaenzler, SVP of Products, Data and Analytics for homegenius Real Estate. “However, the rate of appreciation is still well above the historical norm, at more than 12% month-over-month. While it is likely that appreciation rates will continue to drop, homeowners’ equity remains at all-time highs and inventory remains tight.”

On a national level, the median estimated home price for a single-family dwelling or condominium rose again to $388,692, meaning that since the pandemic began ravaging the country some 30 months ago, the average has appreciated more than $88,000 resulting in unexpected personal wealth through home equity. Prices have appreciated by 16.7% over the last 12 months and 8% over the last six months.

According to recent data, which uses proprietary data sets to track certain indices on a monthly basis, these record rates of appreciates seen during the pandemic seem to be vanishing, quickly. Over the last month, appreciation slowed to 12%, significantly lower than the 16.5% seen in the month prior, equal to the rate seen at the outset of the pandemic. 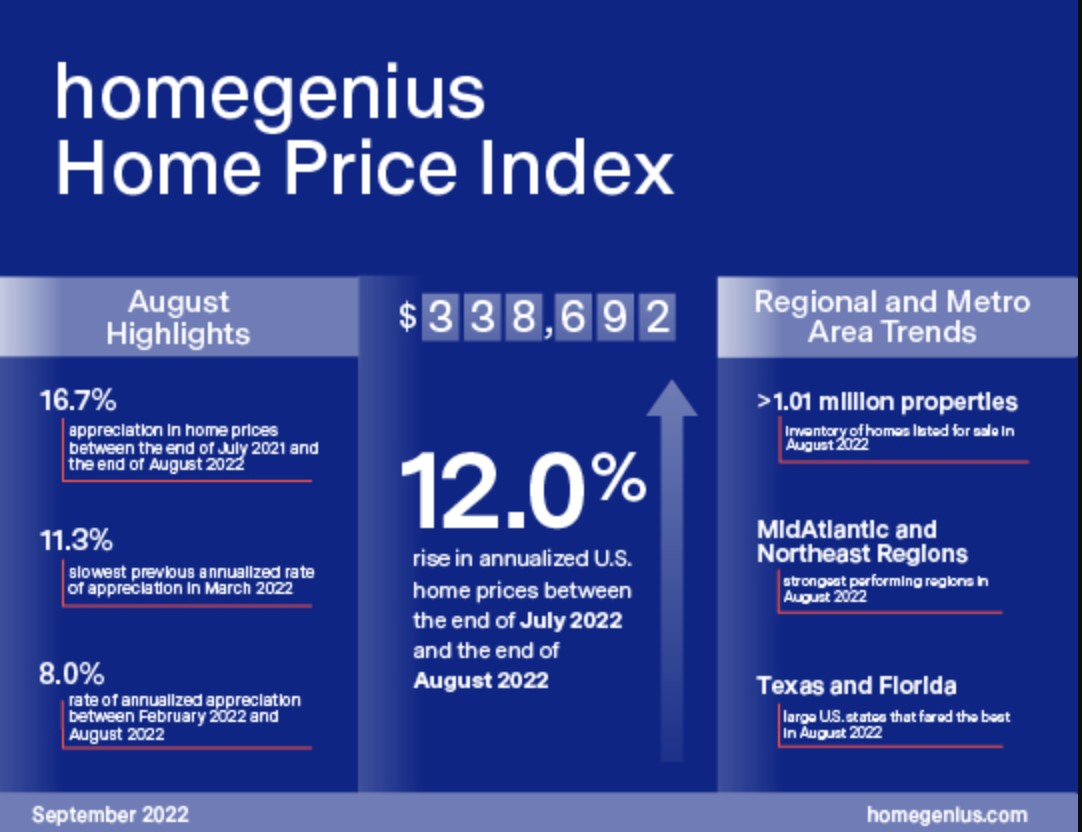 August’s annualized rate of appreciation represents the slowest pace recorded since March 2022, when appreciation was recorded at 11.3%.

Regionally, all six of their indices recorded slower home price appreciation rates relative to the prior month. The Mid-Atlantic and Northeast markets were the strongest performers last month, while the West and South showed the strongest slowdown in appreciation.

Inventory levels came in at 1.01 million listed properties, which as the numbers go, is the second-lowest level of inventory for any August in the last decade and is also 40% below the average level of August listings over the last 15 years.

“To date, the homegenius HPI is not seeing increases in inventory large enough to independently create downward pressure on home prices.”

“Roughly 290,000 homes were purchased in August, in comparison to 278,000 in July. While August is often the highest sales month, this year the pace of combined sales for July and August was much lower than is typical for the busy summer home-buying season,” homegenius wrote in their report. “The last time a summer month (June, July, or August) reported less than 278,000 sales was in 2014. This year, the average sales per month in the summer months was 293,000. This makes 2022 an outlier in how quickly it has slowed in comparison to both historical levels and 2021, which set an all-time record for monthly buying activity.”