Rent Growth Cools to Slowest Annual Pace in Over a Year 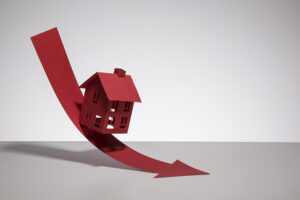 New data confirms a fall cooldown has come to the rental market, as national rent growth dropped to its lowest annual pace (+7.8%) since June 2021, according to the latest Realtor.com Monthly Rental Report for September.

In another sign of more typical seasonal moderation than last year, the U.S. median rental price posted its second month-over-month decline in eight months in September, further slipping from its July peak.

"After more than a year of double-digit yearly rent gains and nearly as many months of record-high rents, it's especially important to see consistency before we confirm a major shift like the recent rental market cooldown. But September data provides that evidence, as national rents continued to pull back from their latest all-time high registered just two months ago," said Realtor.com Chief Economist Danielle Hale. "This return of more seasonal norms indicates that rental markets are charting a path back toward a more typical balance between supply and demand, compared to the previous year."

September marked the second straight month of consistent moderation in national rents, in terms of both the annual growth rate remaining in single-digit territory and continued month-over-month price declines. These trends are mirroring the earlier shift in for-sale housing, suggesting that the rental market is following similar patterns of more typical seasonal cooling as part of the real estate refresh from the 2021 frenzy.

However, like this year's homebuyers, renters are still facing significantly higher housing costs than in prior years, with national rents for all unit sizes at more than 1.2 times their 2020 levels in September. As a result, rental affordability remains a significant challenge, especially as inflation continues to outpace wage growth.

"We expect rent growth to keep slowing in the months ahead, partly driven by the impact of inflation on renters' budgets," said Hale. "However, it's unlikely that rents will return to a more normal pre-COVID pace of growth for at least another year, when available rental inventory starts to reflect the recent uptick in multifamily new construction." "Realtor.com's September data highlights the true extent of the rental market boom that has taken place over the past three years, and underscores the prevalence of rental affordability challenges faced by many Americans today," said Ryan Coon, VP of Rentals at Realtor.com and Co-Founder of Avail —a subsidiary of Realtor.com.

As September's national rental trends reflected a shift toward relatively normal patterns, local rental markets showed a return to more typical activity. On the one hand, many Sun Belt metros showed substantial signs of yearly rental growth moderation in September, a marked reversal from the area's dramatic rent increases during the pandemic. On the other hand, urban rents are making up for lost time from their COVID slowdown as more Americans once again embrace downtown offices and lifestyles. In fact, big tech cities were among the only large markets to post double-digit annual rent gains in September.

"Recent surveys we've conducted at Avail also show that higher housing costs are a significant financial strain for many renters and landlords, at a time when inflation is driving up prices across the board," Coon added. "In some good news for renters –and further evidence that the rental cooldown will continue– many surveyed landlords indicate that they are adjusting their pricing strategies to account for tenants' tighter budgets."