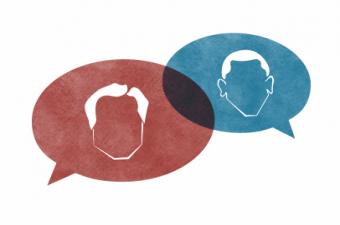 While ""Barack Obama"":http://www.barackobama.com/ and ""Mitt Romney"":http://www.mittromney.com/ may have been ""frustratingly light on detail"" so far with regards to housing, an analysis by ""Capital Economics"":http://www.capitaleconomics.com/ reveals the two candidates' policies may have more in common than they care to admit.

In a Housing Market Update released by the company, property economist Paul Diggle writes that, based on the information Capital Economics has pieced together, ""it looks like anyone expecting either candidates' housing plan to make a dramatic difference to the course of the housing recovery will be disappointed.""

When it comes to the continuation of current housing policies, both President Obama and Governor Romney largely agree. For one thing, both candidates support selling off government-owned REOs to investors, a process that has already been tested to some success. Both favor the greater use of foreclosure alternatives, promoting a shift toward short sales and deeds in lieu of foreclosure. And both share at least a small section of common ground with regards to principal reductions.

""Obama supports outright principal reductions on underwater mortgages owned or guaranteed by Fannie Mae and Freddie Mac in an attempt to reduce the delinquency rate. Romney, meanwhile, gave a brief supportive mention to shared appreciation-whereby lenders forgive borrowers some of their outstanding mortgage balance in exchange for a share of future house price gains-in his housing plan,"" Diggle said.

As president, either man will likely face some measure of opposition from the FHFA, which has expressed its opposition to principal reductions and has so far ""made for an effective roadblock"" on those efforts. Diggle speculated that the forced removal of FHFA acting director Edward DeMarco may be necessary for progress on that front.

In addition, both Obama and Romney seem to agree on paring back the mortgage interest deduction, but neither wants to scrap the deduction entirely. While altering the deduction will probably change the renting/buying trade-off somewhat, Capital Economics' calculations suggest even without a deduction, buying is still a better deal at the moment.

While there appear to be many similarities in the candidates' housing plans, they don't agree on every point. For one thing, ""it's likely that Obama would use a second term to renew efforts towards allowing more mortgage borrowers to refinance onto lower rates,"" including an expansion of the HARP program outside of Fannie and Freddie-owned mortgages.

Romney, on the other hand, proposes to create looser mortgage credit conditions by repealing Dodd-Frank. His concern is that the current uncertainty about the definition of a ""qualified mortgage"" is hindering credit availability. Diggle cited a recent survey by the Federal Reserve that revealed legislative concerns are becoming an ""important factor"" in mortgage credit for about a third of respondents. However, that issue seemed to worry lenders less than put-back risk, the availability of mortgage insurance, and the house price outlook.

The bottom line, Diggle said, is that while both candidates' policies would likely be helpful for the housing recovery, neither candidate is likely to improve the current course of housing greatly.

""The fundamental drivers of the housing recovery will continue to be the very favourable level of valuations and affordability, meaning that the housing market should continue recovering with or without further policy tinkering,"" Diggle said.

Previous: Capsilon Appoints New VP of Finance and Administration
Next: Ellie Mae: FHA Loans Continue to Fall Off in September