According to Zillow's latest market report, home values slipped in September, ending a 2-month slide in which they fell 0.4% from a peak of $359,719 in June. Zillow research revealed that affordability issues are now driving the pullback in activity, reducing the flow of new inventory.

As the housing market continued to cool in September, rebalancing from such high appreciation levels is producing much different conditions across various regions and metros. Current homeowners are deciding to stay put as a result of high home prices and rising mortgage rates. New data also found that among home sellers, 71% are also homebuyers. 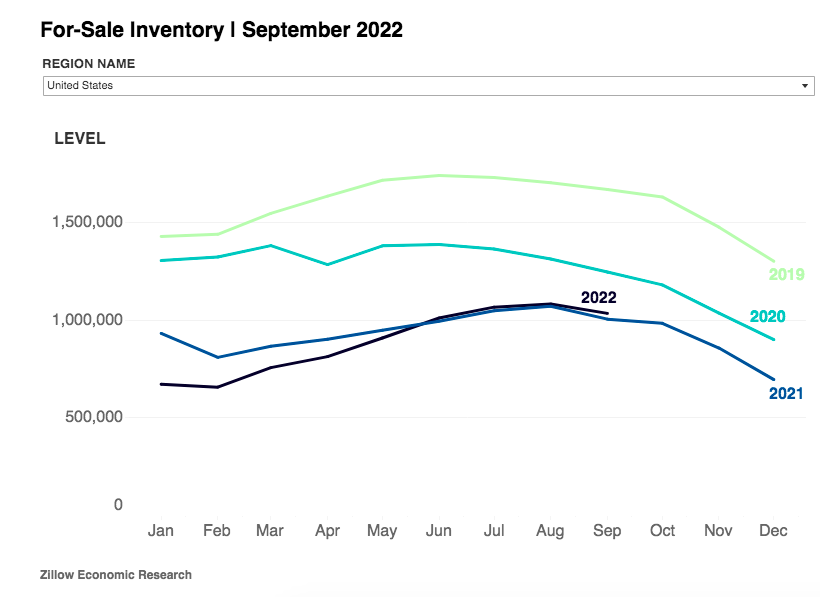 "The late-summer mortgage rate reprieve brought a short-lived surge of buyers back into the market, proving that many priced-out home shoppers are poised to buy when homeownership becomes more affordable," said Jeff Tucker, Senior Economist at Zillow. "Unfortunately, shoppers this winter are more likely to contend with mortgage rates in the ballpark of 7%, making even this summer's rising rates look modest by comparison. Still, as many rate-sensitive shoppers stay sidelined, those who forge ahead now will find more options and more eager sellers than anytime since the pandemic began."

Home values have fallen the furthest from peak levels in expensive and high-growth metros in the Mountain states and on the West Coast, with the largest drops in Austin (-8.2%), San Francisco (-7.9%) and Salt Lake City (-6.8%). Among the 100 largest U.S. metros, the 17 with the largest home value declines from peak levels are in the West. However, owners in these areas should still have significant equity in their homes; home value appreciation since 2019 ranges from 26% in San Francisco to 65% in Austin. 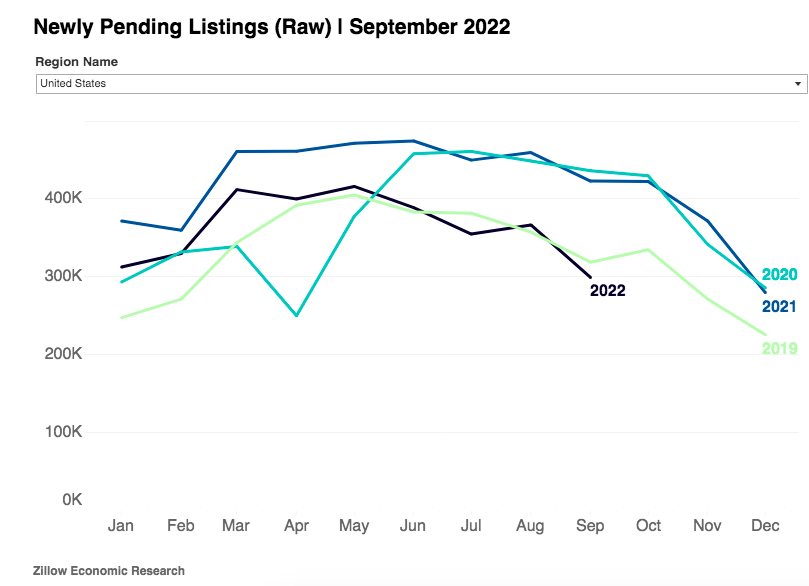 Data showed sales also slowed significantly in September. The number of newly pending listings fell 18% month over month and are down 29.3% compared to last year, in part because of a sharp deceleration in activity at the end of the month, when rates were highest. Sales are down more than 6% from September 2019. Mortgage rates—the largest driver of monthly payments—rose through September, and are hurting homebuyers' ability to plan for the future.

The flow of new for-sale listings to the market saw an 11.4% drop from August was the third straight month of double-digit declines. Although the flow of new listings typically slows down at this time of year, the decline from this year's spring peak is larger than in 2019. Total inventory is now 3% above levels a year ago, but remains 38% below that of 2019. Considering the drastic decline in new additions to the market, the rise in total inventory is due to listings staying on the market longer. Listings' median time on the market rose from August and now stands at 19 days. That's a more leisurely pace than last year's 11 days on market, but much faster than in September 2019, when listings typically waited a month before the seller accepted an offer.