Home >> Daily Dose >> The Most Changed Cities of the Decade

The Most Changed Cities of the Decade 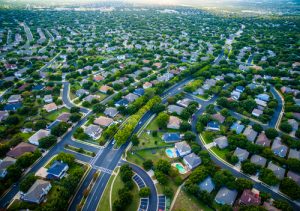 MagnifyMoney released a recent report observing cities that experienced the greatest changes from 2006-2016, with the top three most changed cities all being in Texas. The blog observed nine elements of change among the top 50 largest metros, giving them a change score from 0-100. These changes measured commute times, building permits, median age, employment, income, house prices, rent, crime rate, and recent moves.

The data used by MagnifyMoney was pulled from several sources, including the Federal Housing Finance Agency, the U.S. Census American Community Survey, the Department of Housing and Urban Development, and the Uniform Crime Reporting program via the Federal Bureau of Investigation.

Austin proved to be the most dramatic location of change with a score of 90.4 from MagnifyMoney, with the fastest job growth in the nation (a 40 percent increase since 2006) and a 54 percent rise in house prices since the same year. It’s worth noting that Austin’s outside housing price appreciation is due to its building permits (ranked 25 out of 50), its lowest ranked element.

Dallas-Fort Worth ranked second due to making the top 10 for five of MagnifyMoney’s measured elements, as well as not ranking lower than 19th for any other element. It ranked 5th for house price changes, showing a 32 percent increase and ranked 4th in the largest change in crime rate, with a 43 percent decrease since 2006. Dallas-Fort Worth was given a change score of 89.7.

Houston ranked second on changes in house price appreciation with a 38 percent increase since 2006 and third in building permits, proving to be the leader in changes regarding housing factors. It’s change score landed 86.2.

Nashville ranked fifth in the nation with a change score of 84.8, making it the most changed metro outside of Texas. It’s highest ranked changes were for employment growth and building permits. It experienced a 53 percent increase of residents moving since 2010 and a median nominal income increase of 26 percent since 2006, however, it’s become more challenging for people trying to rent there with median rent growth outpacing income growth, as rent increased 38 percent since 2006.

Denver experienced rising housing costs outpacing job growth, as it ranks second for rent increases at 60 percent and a 35 percent increase in house prices, but job growth only increasing 23 percent since 2006.

To see the full report from MagnifyMoney, click here.