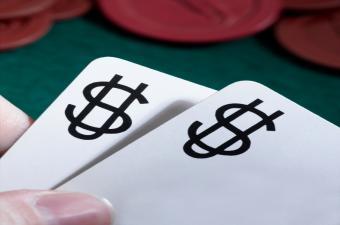 As the ""Federal Reserve"":http://www.federalreserve.gov/ launches its QE3 monetary policy, some interpret the plan as a sign Fed Chairman Ben Bernanke has ""gone ├â┬ó├óÔÇÜ┬¼├ï┼ôall in' on the U.S. housing market"" and is clinging to hope the housing market can not only recover itself, but also restore the entire U.S. economy. This, at least, is the outlook of Global Markets Intelligence (GMI) Research.

The research firm suggests the Fed is turning to the housing market ""as the last, best hope"" for strengthening the overall economy and restoring ""healthy self-sustained economic growth,"" according to a GMI report released earlier this month.

""If QE3 does not work, we don't think it's much of a stretch to conclude that the U.S. financial system and economy is broken,"" GMI stated, faulting ""excess legacy indebtedness and excessive financial regulation"" as the culprits.

As the Fed purchases $40 billion in mortgage-backed securities each month ""for an unspecified but extended period of time,"" GMI will watch vigilantly for signs of the plan's success.

The first sign would be a sharp increase in mortgage applications. Specifically, GMI will look for the Mortgage Bankers Association's purchase composite index to rise above 200.

""If the Fed is successful in supercharging the fledgling recovery in housing, we should see the index exceed 200 in fairly short order, presumably by the end of the first quarter of 2013 at the very latest,"" GMI stated.

Following an uptick in applications, GMI would expect to see existing home sales rise, perhaps above the five million mark.

While the true outcome of QE3 remains to be seen, GMI suggests the ""potential value of housing as a catalyst for growth should not be underestimated.""

Sustained and measured growth in housing could lead not only to growth in real estate, finance and construction, but also bring improvement in raw materials and retail markets.

GMI, however, remains mindful of the ""fiscal cliff,"" continuing to watch for possible evidence that ""political partisanship and expectations for Federal sequestration have rendered the Fed impotent in the contemporary socioeconomic climate.""