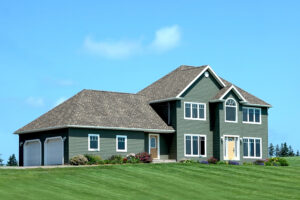 “The decline in September sales was consistent with our view that the large jump seen in August would be a temporary deviation from a generally slowing sales pace due to the short-lived mid-summer pull back in mortgage rates,” said Douglas G. Duncan, Chief Economist at Fannie Mae. “Since then, mortgage rates have continued to rise, with the 30-year fixed-rate mortgage (as reported by Freddie Mac) up roughly 195 basis points since the mid-summer lows. We therefore anticipate a further slowdown in home sales over the coming quarters. Higher mortgage rates continue to weigh on the purchasing power of buyers while also increasing the ‘lock-in’ effect felt by potential move-up buyers. Homeowners with a mortgage at a lower rate than current rates continue to have a strong incentive to remain in their current homes.”

HUD and the Census Bureau found the median sales price of new houses sold in September 2022 nationwide was $470,600, with the average sales price at $517,700. Nationwide, the seasonally‐adjusted estimate of new houses for sale at the end of September was 462,000–representing a supply of 9.2 months at the current sales rate.

“The months’ supply of homes for sale rose by 1.1 months to 9.2, largely due to a slower sales pace,” added Duncan. “However, of note is that the number of homes for sale that were already completed continued to rise steadily, up 19.1% from August. Since the beginning of the pandemic, most homes available for sale were not completed; however, a continual increase in the number of completed homes available for sale is now occurring, with the inventories of such homes now at the highest level since July 2020. This suggests to us that builders may be increasingly willing to offer more aggressive incentives and discounts to maintain sales of completed inventory. If so, this would likely put further downward pressure on home prices.”

RE/MAX reported that inventory has grown 3.9% since August and 30.4% year-over-year in its latest September 2022 report. New listings were down 7.6% since last month, and down 11.4% year-over-year, due to homeowners staying put in their homes more due to their current favorable financing

"After a sustained period of quick sales that kept the housing cupboard relatively bare, a supply of two months presents a lot more options for homebuyers," said Nick Bailey, RE/MAX President and CEO. "For a long time, six months of inventory was the standard for a balanced market that favored buyers and sellers evenly. Now, with the evolution of technology and various changes in homebuying patterns, the new standard is becoming four months. We're halfway to that level, and the market is making steady progress toward balance. Home sales are still happening, and having the right real estate professional by your side is critical for consumers looking to take advantage of the market conditions."