Home >> Daily Dose >> The Two Faces of the American Dream

The Two Faces of the American Dream 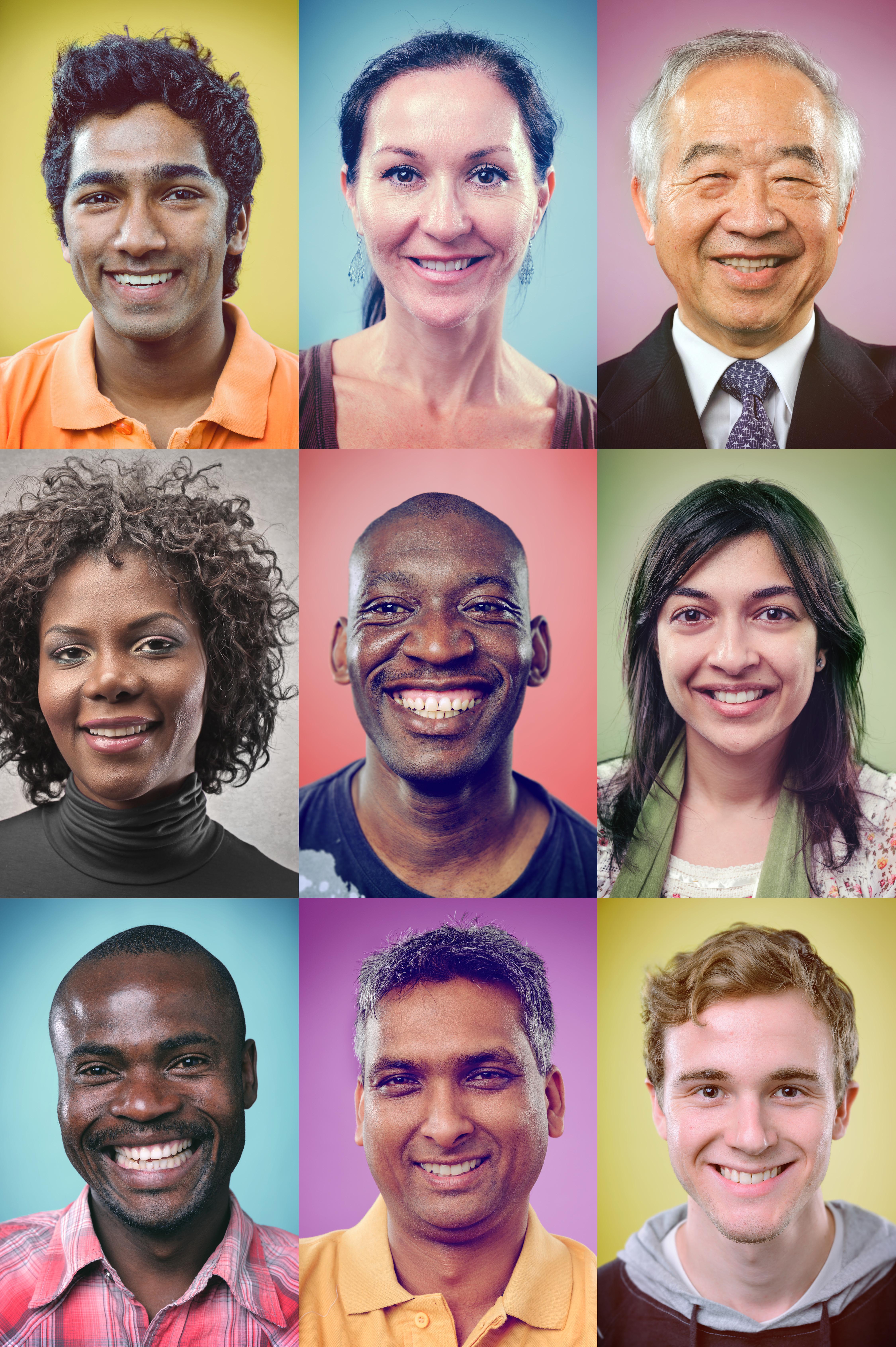 Whether intentional or not, the divide between minority and white borrowers continues to grow.

In today’s society, people of all races and ethnicities are able to receive the same education, employment options, and opportunity to access healthcare. Segregation is virtually abolished with respect to almost every facet of the American dream, except for one. Whether unintentionally or intentional in nature, there is a great divide and disparity in the statistics between minority and white borrowers in the mortgage market.

There is scant evidence that overt discriminatory practices are happening amidst America’s mortgage lenders. However, there are also common factors among minority groups that reflect higher rates of denial or approval for higher cost mortgages. Recent demographic studies have shown that the factors leading to the large disparity in homeownership.

Demographics of Housing and Mortgage Loans

Zillow and the National Urban League conducted a study in January 2014 that examined minority access to housing and outlined the different experiences among races in the home purchase process, specifically focusing on four factors: annual housing income by race, down payment size as a proportion of the total home price, racial composition of conventional mortgage application processes, and mortgage denial rates. Titled A House Divided: How Race Colors the Path to Homeownership, the study found:

The annual housing income of borrowers factor indicated that generally minorities have lower income levels, causing them to forgo saving funds in order to allot a greater share of earnings on living and essential expenses. This method potentially is a factor that makes it more difficult for them to build the savings needed to apply for a mortgage.

Next, the study examined the down payment size as a proportion of the total home price, which also correlates with annual household income. It was found that 44 percent of black Americans are likely to put 5 percent or less as a down payment, as compared to white Americans and Hispanics at 27 percent and 29 percent respectively. The amount an individual is likely to put down, not surprisingly, is correlated with their average household income.

Factors Attributing to the Exclusion of Minorities

The reasons for the exclusion and disparities that minorities face include inadvertent discrimination, as well as the theory of a “dual market” as proposed by Kenneth Cooper in the article Study Shows Mortgage Lending to Minorities Drops Significantly as Fewer People of Color Purchase Homes. This theory sets forth that there are two paths traveled by Americans seeking mortgages: one path followed by white Americans, who are able to apply and qualify for conventional mortgages, and the second path traveled by minorities, who are not able to qualify for home mortgages.

Although housing advocacy groups from around the country recognize the existence of a dual market in the housing industry, these groups debate the many factors that contribute to the rise of this housing phenomenon. One reason hypothesized by Cooper is that minorities have lower credit scores, which make them less favorable candidates as mortgage borrowers. Market contraction and wage suppression in the working classes and in manufacturing segments resulting from the economic collapse of 2007, and the subsequent global recession in 2009, undermined job stability among minority workers occupying such jobs. Further, the labor market hasn’t recovered equitably across racial groups, revealing that while whites saw higher wages and lower unemployment since 2009, blacks and Hispanics are caught in lower paying jobs with restricted wage growth due to market uncertainties. Another reason could be the stringent underwriting standards that do not account for the less traditional means in which minorities may acquire income. A final factor that arguably is a prime mover of the dual market is investors’ aversion to purchase mortgage-backed securities in which a majority of the bonds are mortgages secured by property in under-served communities. Lenders are therefore reluctant to approve minorities who generally live in such communities.

Although this disparity does and will, at least for the near future, continue to exist, the government and the U.S. Supreme Court have taken many actions to try to help pave the way for a future without this inequality.

There have been many pieces of legislation passed by Congress to make housing more accessible and equal for American citizens. Some of the most important legislative works enacted to govern fair lending include the HMDA, the Equal Credit Opportunity Act, the Community Reinvestment Act, and the Fair Housing Act (FHA). Additionally, in a landmark case, the U.S. Supreme Court ruled that disparate impact claims are cognizable under the FHA.

In February 2013 HUD issued an FHA disparate impact rule to set a standard for determining if a lender’s practices were, in fact, discriminatory. The Agency reviews a lender’s mortgage loan process to determine if there is a disparate impact upon certain protected classes. A disparate impact occurs when a seemingly neutral action causes discrimination in practice. Recently, the U.S. Supreme court issued a ruling in Tex. Dep’t of Hous. & Cmty. Affairs v. Inclusive Cmtys. Project, Inc. supporting disparate impact claims under the Fair Housing Act.

The case commenced in 2008, when the Inclusive Communities Project, a non-profit organization that seeks to promote racial integration in Dallas, sued a Texas state agency charged with disproportionately allocating tax credits to developers who build low-income housing projects in minority populated areas. In its analysis, the Supreme Court considered two of its earlier decisions addressing the viability of disparate-impact claims under Title VII of the Civil Rights Act of 1964 (“Title VII”) and the Age Discrimination in Employment Act of 1967 (“ADEA”), both of which the Court concluded authorized disparate-impact claims. In issuing the majority opinion, Justice Kennedy said that the court found the “otherwise make unavailable” language in the FHA statute was equivalent in function and purpose to the “otherwise adversely affect” language in Title VII and the ADEA. Although disparate impact claims can be brought under the FHA, the court warned that “a disparate-impact claim that relies on a statistical disparity must fail if the plaintiff cannot point to a defendant’s policy or policies causing that disparity.”

The Supreme Court’s new ruling regarding disparate impact claims has and could continue to cause curtailment of lending to blacks and Hispanics. However, the Court’s ruling should be viewed as the next step in encouraging lenders toward reaching an underserved market, rather than a floodgate to potential litigation. Instead of being defensive about their lending practices, lenders can carefully analyze their business models to find ways to attract borrowers from these minority groups. If lenders can get over the hurdle of their perceived risk, it will allow them to increase their business by expanding the opportunity for homeownership to an untapped and underserved market.

There are many business practices a company can utilize to reach minority populations:

Through marketing, a lender can increase exposure among minorities, which will, in turn, generate business. Lenders should create advertisements aligned with minority groups’ needs. Bilingual advertising could increase the exposure of a lender’s business while giving the impression, in a consumer’s mind, that the company will customize the borrowers’ experience to ensure customer satisfaction.

Training of underwriters to account for borrowers’ various sources of income is another step. It is not uncommon for potential borrowers to have two or three jobs, which may be unsettling to an underwriter and reason for denial. Cooper found that some potential borrowers may obtain money from friends or relatives. These income sources are accounted by corresponding gift letters, which is also frowned upon by lenders. Underwriters need to loosen standards to take into account black and Latino cultures, which often influence how minorities handle their finances and their household living situations.

Lenders should act proactively and monitor disparity with respect to underwriting. Furthermore, lenders need to clarify what data will be considered when monitoring for disparate impact occurrences. To assist with these efforts, there are companies that offer complete suites of technology tools to assist in monitoring to ensuring compliance with fair lending laws.

Lenders may be successful in reaching a greater number of minority borrowers by simply hiring more minority employees and enacting diversity training. These employees can better relate to minority customers, especially if there exists a language barrier. Further, lenders need to develop a culture of diversity and encourage employees to learn various cultures and customs. Lenders should also train their employees on basic fair lending laws, diverse lending practices, and utilizing a complaint policy and resolution system.

Rent-to-own programs allow lenders to reach those who have little cash and low monthly incomes. Since minorities generally have a lower monthly income than white Americans, these programs help lenders reach this population segment.

Finally, lenders should consider community outreach to under-served communities. This type of outreach would be a win-win for both lenders and minorities, since it enhances the lender’s branding throughout the community. For instance, a lender could sponsor a program that educates community members about the home buying process and financial management. Such a program would not only exemplify the lender’s community involvement, but also help residents be more viable as borrowers.

There is a sizeable piece of the market that has yet to be tapped by lenders with respect to minorities. Lenders need to put aside the fears and generalizations about lending to minorities. The disparate impact ruling of the Supreme Court should not be viewed as a death sentence, but rather as an invitation to improve relations with, and to realize the financial possibilities of increased business with, minorities.

Debbie Hoffman is Co-Founder of Symmetry Blockchain Advisors where she works with clients in their blockchain development and initial coin offerings utilizing her expertise in law, finance, blockchain, cryptocurrency, and technology innovation.

Dr. Rick Roque is managing director for retail lending for Michigan Mutual, a non-bank mortgage lender that is growing its organization capabilities across the nation. A longtime industry figure who has written and spoken extensively on a broad variety of topics, Dr. Roque is also a management and technology expert who has worked with Seagate, PushMX, Calyx, and Ellie Mae. He is affiliated with the MENLO Company, a consulting services firm whose focus is banking, consumer lending products and higher education funding.