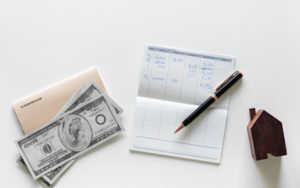 The pandemic has had a huge impact on the housing market in 2020, but its impact could have a much farther reach into the future.

A recent report by RenoFi analyzes home values from Zillow and looks into historical housing market trends to predict how much homes could be worth in 2030. The analysis not only estimates how much homes could cost across the country but it also dives into how the pandemic has affected real estate markets in each state and the nation’s 50 largest cities.

However, this estimate could vary greatly from one state to another since some states are experiencing much greater increases in home prices while other states have seen houses slow down in price growth. Nevada home prices have more than doubled (up by 105.84%) since 2010, while during the same time period, the average price of Connecticut homes has only increased by 1.12%.

California is set to have the highest average home next decade, with a predicted price of $1,048,100 by September of 2030, if prices continue to grow at the current rate. Hawaii, Washington, Colorado, Utah, Nevada, Oregon, Idaho, Massachusetts, and Arizona are all expected to reach an average home price above $500,000 by 2030.

When breaking down the home price growth by city, California once again tops the list. The three cities expected to have the highest home values in September of 2030 are San Francisco, San Jose, and Oakland, California. If prices continue to rise as they have been over the past decade, the average San Francisco home could cost over $2.6 million by 2030. San Jose homes could cost slightly more than $2.25 million, and Oakland homes could sell for over $1.7 million.

According to the analysis, home sales have mostly continued increasing as they before the pandemic. The average American home price rose by 2.80% from $250,000 in March to $257,000 in September of 2020.

Some states have seen even greater increases in home prices during the pandemic. Since COVID-19 became a national emergency in March, Florida, Arizona, Idaho, and Utah have experienced home price increases above 5%. All other states have also experienced some growth in home prices from March to September except for Alaska, which saw a decline of 3.38% in property prices.

There is no telling precisely how long these pandemic-era changes in property values will continue. But looking at historical property price trends and recent changes in prices provides some insight into how much American homes may cost in 2030.

Previous: 2020 Originations on Track for $4 Trillion Mark
Next: Red States, Blue States, and the American Dream