[1]Home prices are showing no signs of slowing down, which continues to prove the housing market's health. However, the rise in prices are causing some markets to become overvalued.

“After nearly 10 years of very high home price volatility, home price increases have been remarkably stable for the last 15 months, ranging between a 4.8 percent and 6.5 percent year-over-year increase,” said Sam Khater, deputy chief economist for CoreLogic. “Home price volatility is now back to the long-term trend prior to the boom and bust which is a good barometer of the market’s stability and health.”

CoreLogic identified one problem among the rising home prices. Overvalued markets are becoming more prevalent and this could cause "evaluated risks" to the housing economy. 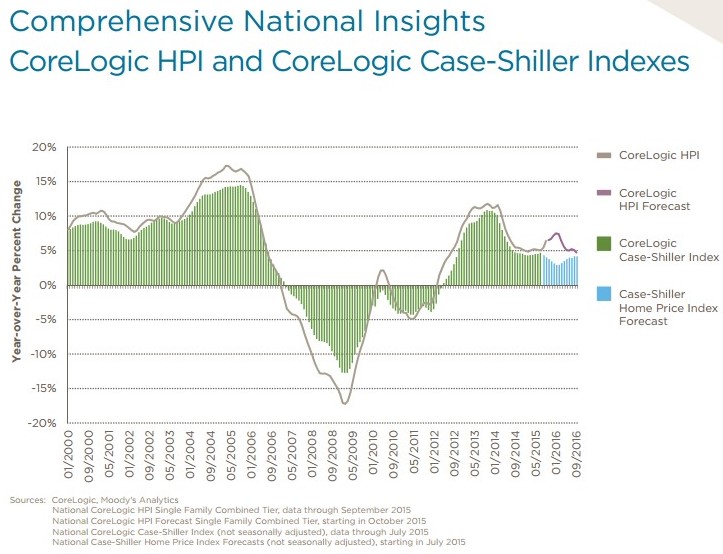 [3]Among the overvalued metros and their year-over-year home price change are: Dallas, Texas (8.5 percent); Houston, Texas (7.0 percent); and Washington, D.C. (2.6 percent). San Diego, California was the only metro considered to be undervalued.

“The continued growth in home prices is welcome news for many homeowners but more markets are becoming overvalued. In the near term, this trend is likely to continue and pose evaluated risks to the housing economy,” said Anand Nallathambi, president and CEO of CoreLogic. "More has to be done to expand inventories if we are going to address the emerging affordability crisis, especially in hot markets like California and Colorado.”