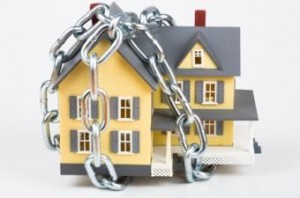 While lowering the down payment on a mortgage may clear one major hurdle to homeownership, a report released by RealtyTrac Tuesday revealed that a monthly mortgage payment is affordable to those with additional non-mortgage debt in less than half of the counties in the United States.

In an analysis of housing affordability in 512 U.S. counties with a combined population of 235 million, RealtyTrac discovered that lowering the down payment for a conventional mortgage loan from 20 percent to 3 percent, as has been discussed recently by Federal Housing Finance Agency Director Mel Watt, would still not translate to housing affordability for a majority of those with non-mortgage debt such as student loans or a car payment.

"While lower down payments may help pave a quicker path to homeownership for some prospective homebuyers, a bigger obstacle to homeownership is the additional non-mortgage debt many borrowers bring to the table," said Daren Blomquist, VP at RealtyTrac. "For borrowers without additional debt, monthly house payments are affordable in more than 90 percent of U.S. housing markets—whether they make a 20 percent or 3 percent down payment. But for borrowers with the additional debt burden of student loans and car payments, monthly house payments are affordable in less than half of U.S. housing markets with a 3 percent down payment."

The percentage of borrowers in county housing markets who can afford the monthly mortgage payment jumps from 48 percent to 78 percent for those with an average car payment and an average student loan payment when they make a 20 percent down payment, according to RealtyTrac. For those without additional debt who make a 20 percent down payment, housing was affordable in 96 percent of county housing markets.

The RealtyTrac report found that according to Down Payment Resource, there are more than 2,300 down payment and closing cost assistance programs available nationwide and that 60 to 80 percent of homes in most areas would qualify for assistance from one of these programs. Also, the report found the average amount of assistance from these programs was $19,720, and could be as high as $50,000 to $100,000 in some high cost areas.

"The narrative is that it's too hard to get a loan today and when first-time buyers believe that, they won't even begin their search. That hurts the overall housing market," said Rob Chrane at Down Payment Resource. "Consumers for the most part have no idea that these programs exist, so they don’t think to ask for them. Whatever your situation is, whatever you have for a down payment, you could be in a much better situation if you find out you are eligible for one of these programs."