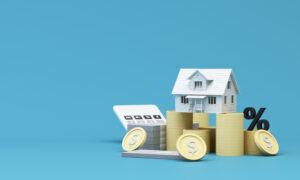 On the heels of last week’s rate hike from the Federal Reserve, the sixth in 2022 alone to curb the nation’s inflationary issues, mortgage application volume nationwide slipped slightly week-over-week, as the Mortgage Bankers Association (MBA) reported just a 0.1% decline in its latest Weekly Mortgage Applications Survey for the week ending November 4, 2022.

“Mortgage rates edged higher last week following news that the Federal Reserve will continue raising short-term rates to combat high inflation. The 30-year fixed rate remained above 7% for the third consecutive week, and there were increases for most other loan types,” said Joel Kan, MBA’s VP and Deputy Chief Economist. “Purchase applications increased for the first time after six weeks of declines, but remained close to 2015 lows, as homebuyers remained sidelined by higher rates, and ongoing economic uncertainty. Refinances continued to fall, with the index hitting its lowest level since August 2000.”

Consumer confidence has waned as persistently high home prices and unfavorable mortgage rates which weigh heavily on consumers’ housing affordability concerns. In Fannie Mae’s most recent Home Purchase Sentiment Index (HPSI), five of the six major components decreased in October 2022, bringing the Index to 56.7, down 4.1 points from September 2022, to the lowest level seen in the Index’s 11-year history. Just 16% of survey respondents indicated that “Now is a Good Time to Buy a Home,” while the percentage who now believe now is a “Good Time to Sell a Home” decreased from 59% to 51%.

"The HPSI reached an all-time survey low this month, in line with expectations that the housing market will continue to cool in the months ahead," said Douglas G. Duncan, Fannie Mae, SVP and Chief Economist. "Consumers are increasingly pessimistic about both homebuying and home-selling conditions. Amid persistently high home prices and unfavorable mortgage rates, the ‘Bad Time to Buy' component increased to a new survey high this month, while the ‘Good Time to Sell' component continued its downward trend.”

On the jobs front, despite the October 2022 unemployment rate increasing slightly to 3.7% from 3.5% month-over-month, job growth for October was slightly stronger than expected, with a gain of 261,000 jobs, according to the Bureau of Labor Statistics (BLS).

“For real estate markets, rising employment and pay are welcome news, as they may help to partially offset the significant headwinds brought about by surging mortgage rates,” said Realtor.com Senior Economist George Ratiu. “Today’s buyers of a median-priced home are facing monthly mortgage payments which are almost $1,000 higher than just 12 months ago. The drastic jump in financing costs have erected a wall in the path of many buyers looking to get their foot in the door of homeownership. With rates expected to plateau next year, higher incomes could close some of the gap between rising inventory and willing buyers.”