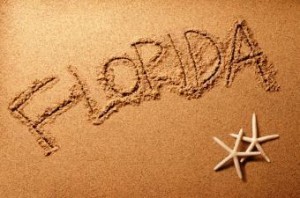 Florida's housing market continued on a steady growth track throughout the third quarter, though improvements were slightly subdued compared to spring and early summer.

Closed sales of single-family homes in the Sunshine State totaled 64,633 for July, August, and September, according to the state's Realtor group. The third quarter's figure was up 7.6 percent from a year ago but down 4.4 percent from Q2.

Meanwhile, the median price for a single-family existing home was up 4 percent annually compared to growth of 5.3 percent in the second quarter. The slowdown came as new listings continued to climb, rising 4.4 percent annually.

"The housing market has settled into a stable pattern of activity that is reminiscent of the market before the craziness of the last few years," Tuccillo said. "Sales and prices are up for single-family homes, but at sustainable rates. Inventory is fluctuating in a range that suggests a balanced market."

The picture wasn't as rosy for townhomes and condominiums. According to Florida Realtors, townhouse/condo sales totaled 26,506 during Q3, down 4.6 percent compared to a year ago and 14.3 percent on a quarterly basis. The group attributed the drop in activity to a decline in new investor purchases throughout the state.

Meanwhile, the statewide median price for townhouse and condo properties was up 6.9 percent over the year-ago figure, while new listings were down 1 percent.

Looking ahead, Tuccillo predicts continued progress for Florida's housing market through the rest of this year and into 2015, a prediction echoed by Florida Realtors President Sherri Meadows.

"More Florida residents are getting back to work as new jobs are created and our population continues to increase, which boost the state's economy and provide a strong foundation for the housing sector," Meadows said.