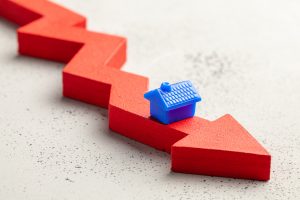 Earlier this week, Lawrence Yun, Chief Economist for the National Association of Realtors (NAR), issued his annual forecast, explaining that the housing market, while experiencing 15-year highs that will continue through the close of the year, will taper off through 2022.

"The housing sector's success will continue, but I don't expect next year's performance to exceed this year's," said Yun.

While inventory is current at low levels nationwide, new home construction is on the rise after a prolonged delay due to supply chain issues. Also factoring into the increase in inventory is the expiration of forbearance plans for many, as some homeowners will be forced to sell their homes.

Recent data issued by Black Knight found that the number of loans in active forbearance fell by 123,000 or 10.8%, and as of November 9, 1.01 million mortgage holders remained in pandemic-related forbearance plans, approximately 1.9% of all active mortgages.

"With more housing inventory to hit the market, the intense multiple offers will start to ease," Yun said. "Home prices will continue to rise, but at a slower pace."

Furthering the affordability dilemma for prospective buyers is the rapid rate at which U.S. home prices are climbing, as Radian’s Home Price Index for the month of September found that U.S. home prices appreciated at an annualized rate of 17.6% from the prior month, marking the sixth consecutive month of reporting all-time record month-over-month rate increases.

“While there are some indications that affordability may be starting to place strain on certain home buyers, the limited supply is a strong support for home price growth.” said Steve Gaenzler, CFA, SVP of Data and Analytics for Radian. “Ultimately, while bidding wars may be reducing in frequency, sellers are still receiving above list price offers in many situations.”