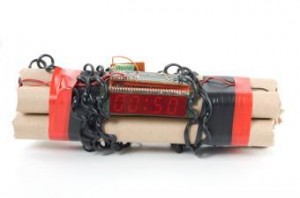 While the housing market has made measurable strides toward recovery in the last two years, the coming year could bring the start of another downturn, one expert says.

Delivering comments to a group of REO brokers and agents [1], Ed Delgado, president and CEO of the Five Star Institute [2], offered his take on how the stage is set for the mortgage sector in 2015 and his "looming mortgage threat."

"There are several embedded risks in the mortgage market that pose future risk of performance that have yet to be expressed," Delgado remarked. "In effect, the market may not be recovering at the rate that we think it is."

Chief among Delgado's concerns is the government's Home Affordable Modification Program (HAMP), which attracted nearly 900,000 struggling borrowers in the years 2009–2013.

While modifications into super-low interest rates helped those hundreds of thousands of Americans stay in their homes, those "permanent" reductions came with a five-year expiration date, and the first waves of HAMP borrowers are now set to see their adjustable rates climb as high as 5 percent.

Though that's still a historically low interest rate, it means a monthly payment increase of hundreds of dollars over the next few years—at a time when their financial situation likely can't take the added cost.

To make matters worse, another modification or refinance is unlikely to help, Delgado says.

"Modifying an interest rate of 4.25 percent down to 3 percent isn't going to provide sufficient payment relief to homeowners facing a financial hardship sufficient to threaten mortgage payment performance," he said.

What's more, he estimates that out of every 10 recent-vintage loans that pass into 90-day delinquency or more, eight will be resistant to loss mitigation efforts owing to the current low interest rate environment.

"Despite improvements related to credit quality and tighter rules for underwriting, the reality is that low interest rate mortgages created in recent vintage production will be less responsive to loss mitigation options in the future," Delgado said.