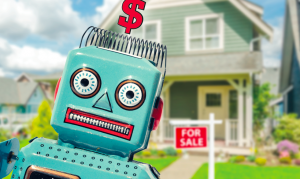 Existing-home sales in October, although still healthy, fell from September’s spike, as home supply remains low, consumers have fewer options to choose from, and affordability issues persist in some markets.

"New and existing-home supply has struggled to improve so far this fall, leading to few choices for buyers and no easement of the ongoing affordability concerns still prevalent in some markets," said Lawrence Yun, NAR Chief Economist. "Furthermore, the mixed signals of slowing economic growth and volatility in the financial markets slightly tempered demand and contributed to the decreasing pace of sales." 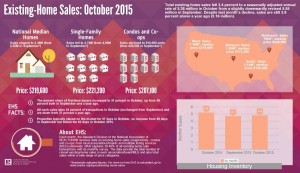 Yun continued, "As long as solid job creation continues, a gradual easing of credit standards even with moderately higher mortgage rates should support steady demand and sales continuing to rise above a year ago."

According to the NAR, the median existing-home price in October was $219,600, up 5.8 percent year-over-year from $207,500. This will mark the 44th consecutive month of year-over-year increases.

The report also showed that inventory levels among existing-homes fell 2.3 percent to 2.14 million in October, and is down 4.5 percent year-over-year when the total was 2.24 million. Meanwhile, unsold inventory was at a 4.8-month supply in October, a slight increase from 4.7 in September.