Home >> Daily Dose >> If Housing Market has “Rebounded,” Why is the Economy Still Lagging?

If Housing Market has “Rebounded,” Why is the Economy Still Lagging? 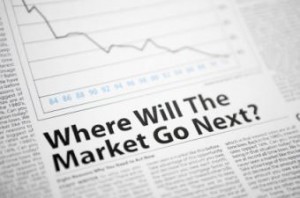 The housing market has been proclaimed recovered and rebounded by many in the industry, but with some much improvement, why has the number one cause of the crisis not bolstered up the economy?

Homeowners across the nation are undoubtedly recovering from the housing crisis, but wealth among these homeowners is not contributing to the economy as whole like it did prior to the crisis, the Wall Street Journal reported.

The WSJ believes that the slow economic growth stems from many homeowners that are unaware that they have tappable equity in their homes and banks lowering loans amounts and other types of loans becoming more affordable.

The WSJ noted that home equity has nearly doubled to $12.1 trillion since home prices bottomed out in 2011, according to the Federal Reserve.

At this height, home equity would have "offered a double-barreled boost to the economy by providing owners with more money to tap and making them feel more flush and likely to spend. But today, that newfound wealth has had little effect on behavior," the publication stated.

Home equity loans, lines of credit, and cash-out refinances are all higher than they were last year, but still lag quite a bit among homeowners, according to the WSJ article. In addition, mortgage lenders are holding equity access and with other type of loan being more affordable, homeowners are not as compelled to tap into home equity.

The housing market is somewhat of a bright spot for the economy despite the U.S.'s continuous struggle with weaker exports and slowing global growth, the Fannie Mae Economic & Strategic Research Group reported in October.

The macroeconomic picture in the U.S. continues to battle economic headwind, yet housing remains in a fairly positive zone, considering all of the factors weighing it down.

“Despite recent headwinds, which likely will slow economic growth compared to the first half of 2015, we see positive trends for consumer spending and housing heading into the fourth quarter,” said Fannie Mae Chief Economist Doug Duncan. “Strong home price gains should help drive an increase in household net worth again in the third quarter, and, combined with low gasoline prices and mortgage rates, should support strong consumer spending throughout the rest of the year.”