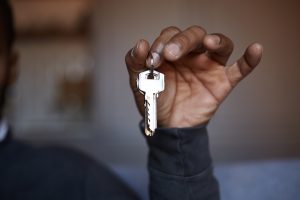 Working toward dismantling the institutional racism that has plagued Black families for generations, the National Association of Real Estate Brokers (NAREB) has released its latest iteration of the State of Housing in Black America Report report which aims to provide a comprehensive annual analysis of Black homeownership and the historic barriers they face when seeking to purchase a home.

“We often think of wealth in terms of cash, investments and even Bitcoin, but wealth is also found in the water we drink, the air we breathe and the land on which we live,” said Lydia Pope, NAREB’s President. “It is the sacred duty of community leaders, policy makers and financial industry specialists to lift communities so that all children can thrive and grow up with opportunities for good health, wealth and happiness in their lives.”

Moreover, the report states: “Race has historically been the main determinant of the placement of toxic facilities in the United States. And decades of redlining and segregation has ensured that Black inner-city communities are home to some of the most deteriorated infrastructure in the nation. Black communities are on the front lines of climate change as a lack of resources and outdated housing stock and infrastructure…make them more vulnerable to the adverse effects of extreme weather and climate change.”

The report also analyzes the recent trend of non-deposit lenders, such as Fintech companies, increasing their market share of mortgages, and the impact on other bank related functions.

“Higher profit, more lucrative investment strategies for banks has come at the expense of supporting homeownership and wealth building in low-income communities and communities of color,” the report states. “Federal Reserve data indicate that in the third quarter of 2021, residential real-estate loans hit a historic low as a percentage of total assets (10%) at U.S. banks, whereas the share of safe assets—investments such as cash, Treasuries, and government-guaranteed securities—increased from the prior year. The closing of branches by larger banks in low-income areas and profit-maximizing strategies such as high overdraft fees, debit card swipe fees, ATM withdrawal fees, and wire transfer fees, among other charges, have particularly impacted low-income customers and customers of color.”

The report further found that 72% of Black applicants compared to 63% of white applicants applied for loans at independent companies in 2021, while white banks continue to disproportionately attract white borrowers at a rate of 33% to 20%.

Click here to view the 100-page report in its entirety.