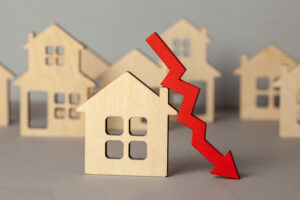 Mortgage rates continued to trend downward for the third consecutive week, as Freddie Mac reported the 30-year fixed-rate mortgage (FRM) averaging 6.49% as of December 1, 2022, down from last week when the FRM averaged 6.58%. A year ago at this time, the 30-year FRM averaged 3.11%.

“Mortgage rates continued to drop this week as optimism grows around the prospect that the Federal Reserve will slow its pace of rate hikes,” said Sam Khater, Freddie Mac’s Chief Economist. “Even as rates decrease and house prices soften, economic uncertainty continues to limit homebuyer demand as we enter the last month of the year.”

“The Freddie Mac fixed rate for a 30-year loan declined again this week, as investors welcomed Jerome Powell’s remarks about a potential moderation in the pace of the Federal Reserve’s rate hikes as soon as the December meeting,” added Realtor.com Manager of Economic Research George Ratiu. “The Fed is indicating that the aggressive rate hikes this year have been enough to start slowing inflation. Markets are watching today’s PCE Price Index—the Fed’s preferred inflation metric—for another indication that growth is slowing.” 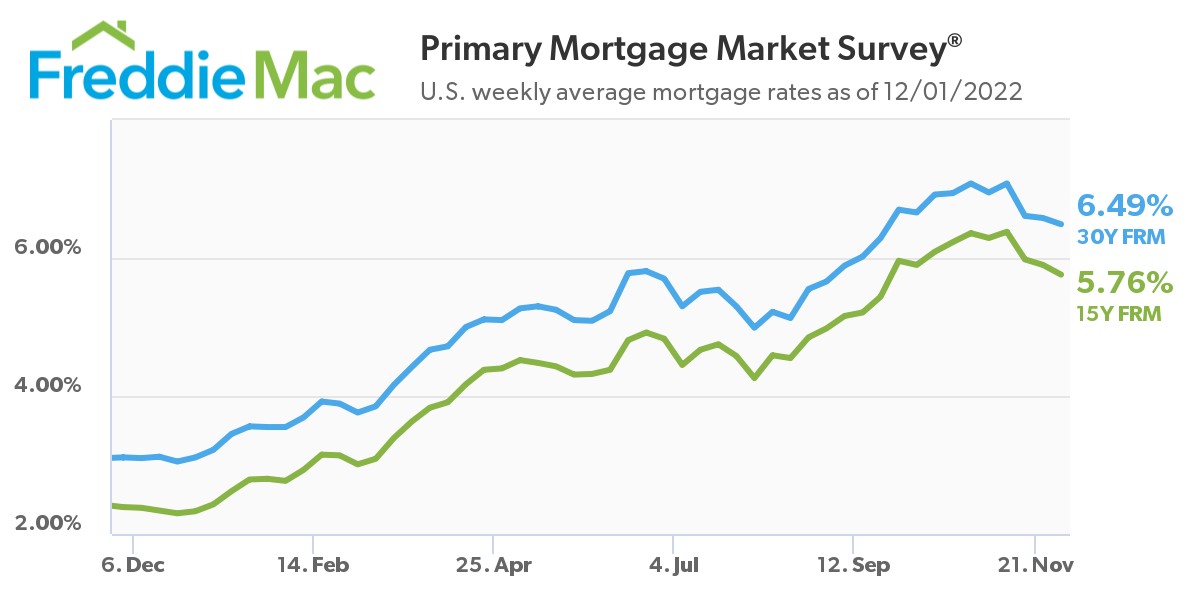 The PCE Price Index, released each month in the Personal Income and Outlays report by the Bureau of Economic Analysis (BEA), reflects changes in the prices of goods and services purchased by consumers nationwide. As Ratiu mentioned, the PCE Price Index rose 0.3% in October 2022.

As the nation continues to struggle with inflation, affordability remains an issue among first-time home buyers and those seeking a move in this current housing landscape. A new analysis from Point2 found that buyers from New York earning an average income of $68,000 were able to afford a home of about $320,000 assuming ideal conditions. Today, that same New Yorker earns $71,601, and is able to afford a home of $245,997 given the same conditions, a number that is $73,000 less in buying power recorded in 2021.

However, there appears to be some relief in sight.

“The retreat in mortgage rates from the 7% territory brings a measure of relief to homebuyers who watched their budgets shrink dramatically over the past year,” noted Ratiu. “At today’s rate, the buyer of a median-price home is looking at a $2,150 monthly payment—before taxes and insurance—an improvement from just a few weeks ago when that figure was about $2,300. Buyers have responded positively to lower rates, with mortgage applications ticking up.”

“Mortgage applications decreased slightly last week, with a strong jump in purchase activity offset by a larger decline in refinances,” said Bob Broeksmit, CMB, President and CEO of the MBA. “The 30-year fixed mortgage rate has fallen nearly 60-basis points over the past four weeks, which has drawn some prospective buyers back to the market. With signs of economic slowing both in the U.S. and globally, mortgage rates will remain volatile but are likely to continue to trend downward. MBA forecasts mortgage rates to finish the year below 7%.”

And as Redfin Deputy Chief Economist Taylor Marr points out, there are signs of optimism in the marketplace that could result in a possible market correction.

“There have been a handful of pieces of relatively good news for the housing market lately, but we’re far from out of the woods,” noted Marr. “Key indicators of homebuying demand will likely be teetering on a knife’s edge with every data release that comes out related to the Fed’s path to eventually bringing rates down. We’re likely past peak inflation, past peak mortgage rates and past the bottom for mortgage purchase applications. But there’s further cooling ahead for the housing market, as sales and prices have further to fall before buyers and sellers become comfortable with homebuying costs again.”

Redfin reported that among the 50 most populous U.S. metros, home-sale prices fell from a year earlier in 10 of them. Prices fell 8.2% year over year in San Francisco; 2.8% in San Jose; 2.7% in Pittsburgh; 2.3% in Detroit; 1.7% in Sacramento; and 1.3% in Austin. They declined less than 1% in Chicago, San Diego, Los Angeles, and Philadelphia. This marks the first time Austin and Los Angeles home prices have fallen on a year-over-year basis since mid-2019, and the first time Chicago home sale p prices have fallen since June 2020.

“The outlook for 2023 calls for housing costs to remain elevated,” said Ratiu. “The silver lining is that the inventory of homes for sale continues ramping up, even with sellers taking a step back from the market this fall. Buyers who are ready can expect more properties to choose from, and a better negotiating position.”