The mortgage industry is practically holding their breath as 2015 comes to a close and 2016 is just a few weeks away, and with it may come a number of welcome and unwelcome surprises, causing pessimism and uncertainty to invade the market.

Next year's housing market will be largely depended on location and housing cost, according to a recent report from Trulia.

The last housing boom and bust cycle from 1989 to 2005 lasted almost double the usual seven to ten years during other periods, the report found.

So will 2016's housing market boom and bust cycle return to historical levels or last longer than the most recent cycle?

"For many, owning a home is making a comeback as an essential part of their personal American Dream," Trulia stated. "At the same time there’s a growing sense that achieving that dream will be difficult in the year ahead." 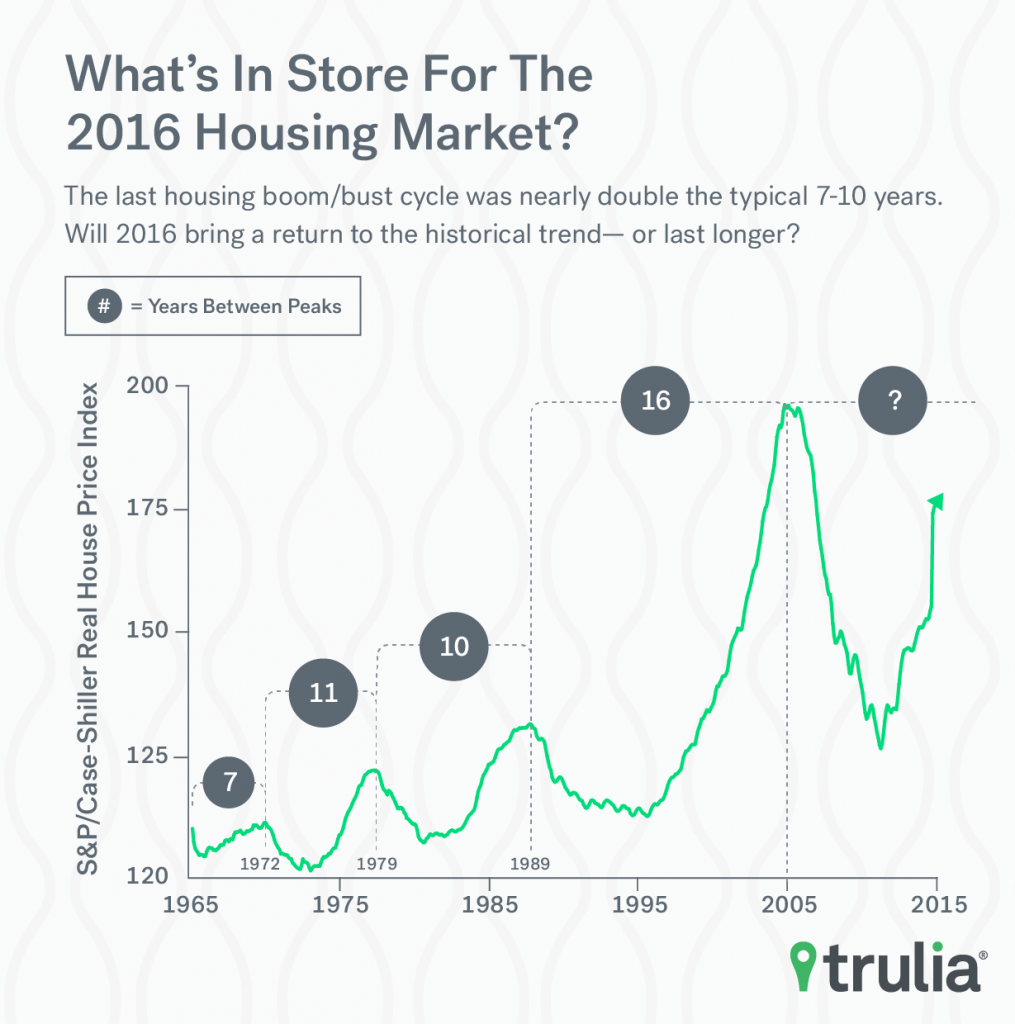 Survey data from Trulia showed that consumers still believe in the American dream of homeownership, with the share of consumers that desire to own a home rising 1 point to 75 percent, and millennial belief grew 2 points to 80 percent.

The expected interest rate hike from the Federal Reserve is also swaying the views of many consumers for the housing market next year. The report showed that 22 percent of Americans think getting a mortgage loan will be more difficult in 2016.

In many of these coastal metros, affordability has decreased, homes are staying on the market slightly longer, and saving for a down payment can take decades. Taken together, these factors lead us to believe household formation will wane in these metros 2016, which should help moderate price and rent growth. But due to a limited supply of new single-family homes in these metros, we don’t anticipate prices to fall anytime soon.

In every category except getting a mortgage to buy a home, those in the combined region of the South and Midwest think 2016 will be better than worse. The largest differential was in selling a home, but those in the Bargain Belt also feel particularly optimistic about buying and renting a home.

Buying will remain a better deal than renting nationally, even if mortgage rates increase. But in several California markets, renting might become cheaper than buying. Consumers are also starting to feel pessimistic about homes along the costly coasts.