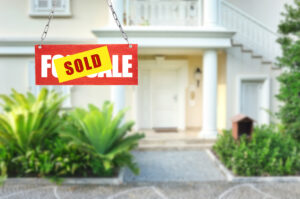 Mortgage rates will be key in 2023 according to Redfin who is predicting that relatively high rates will likely result in the slowest housing-market year since 2011.

Redfin’s 2023 predictions forecast mortgage rates, home sales, home prices, inflation, employment, and other macroeconomic trends. This year, Redfin has made 12 separate predictions on what to expect for next year.

Prediction 1: In 2023, Redfin expects 16% fewer existing home sales than were reported in 2022, totaling about 4.3 million units as would-be buyers pausing their efforts mostly due to affordability challenges and a much-touted recession taking hold over the market early next year. According to Redfin, only those who need to move next year will do so.

Prediction 3: Redfin predicts median home sales prices to drop by about 4%—the first drop since 2012—to $368,000 in 2023. This is due to elevated rates and final sales prices beginning to respond to high rates which occurred in the third and fourth quarters of 2022. Prices will fall until hitting a bottom, which will create a price limit because of the still-low inventory levels. Very few homeowners are likely to see their mortgages fall underwater even with next year’s anticipated price declines. That’s because the homeowners who’ve had their home for at least a few years have fixed low mortgage payments and plentiful home equity after values skyrocketed during the pandemic.

Prediction 4: The Midwest and Northeast will see a housing boom relative to the other geographical regions due to their affordable prices and relatively robust inventory levels.

Prediction 5: Rent will fall in 2023, with the biggest drops coming soon in major metropolitan areas. The rental price declines will be partly due to increasing supply, which has already led to an uptick in vacant units in apartment buildings. Increasing rental supply and declining prices—along with high mortgage rates, limited inventory and other affordability barriers—mean few renters will become buyers next year. Many prospective first-time homebuyers may instead become move-up renters, upgrading from a small urban apartment to a larger apartment or a single-family rental to fit their growing families.

Prediction 6: New construction will tilt in favor of multi-family units in 2023 as construction of new homes may fall up to 25% if a recession comes to fruition. Constructing rental units, including apartment buildings and multifamily houses, will make more financial sense for builders next year, as rental demand won’t fall off as much.

Prediction 7: Redfin is predicting investor activity to sink to its trough sometime next spring. Fewer iBuyers in the market is also a factor in slowing activity. Some investors, especially newer and smaller ones, will bow out of the housing market entirely and others will slow their activity. But if inflation slows and the Fed eases up on rate hikes as expected, investors will likely start buying more homes in the second half of the year, taking advantage of slightly lower home prices.

Prediction 8: Gen Zers will continue to seek remote work and primarily continue to rent ahead of their prime homebuying years. Mid-tier cities will draw in Gen Zers due to their relative affordability, lifestyle option, weather, and proximity to family.

Prediction 9: When looking at migration, Redfin expects this trend to slow in 2023 as rates keep people in their homes.

Prediction 10: Disaster insurance costs will make some homes nigh unaffordable due to rising costs. Redfin expects disaster-insurance rates to continue rising next year (and beyond), rendering housing in some areas more expensive.

Prediction 11: More U.S. cities will look to Minneapolis, which in 2019 became the first major city to eliminate single-family-only zoning, for inspiration in keeping rental and home prices under control. Earlier this year, Minneapolis became the first metro area to see rents decline.

Previous: Finance of America to Acquire AAG
Next: Homebuyer Optimism Up, Yet Sits Historically Low