Millennials Will Migrate to Up-and-Coming Housing Markets in 2016

America's most-talked about generation—millennials—are expected to impact the housing market heavily in 2016. As home prices in popular metros rise and affordability problems persist, this generation is expected to weigh other options in the near future.

With a force reaching 43.5 million, the millennial generation (aged 25 to 34) occupies 13.6 percent of the entire population. In addition, this generation makes up 30 percent of the current population of exiting-home buyers, a recent report from Realtor.com showed.

"In 2016, millennials have the power to remake the real estate landscape wherever they choose to settle," the report stated.

According to Realtor.com, millennials are not as drawn to popular metros such as New York City, New York and Los Angeles, California because they cannot afford to live in these areas.

As an alternative to pricier metros, the report notes that "shrewd young home buyers are increasingly turning to cities that are relatively affordable and have lots of jobs and maybe even a trendy atmosphere all their own." 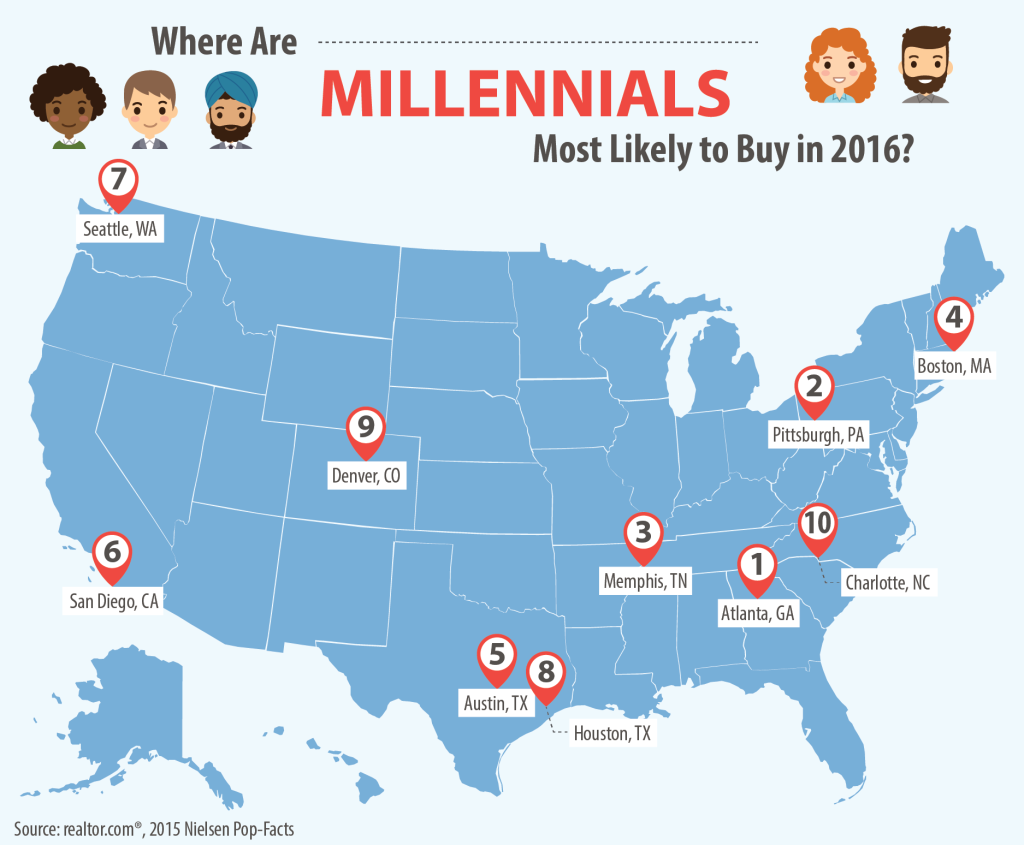 Atlanta, Georgia was named first on the list in 2016 with a median list price $234,000 and a 13.6 percent share of millennials. This city's hip-hop scene, nightlife, and job opportunities landed it first on list of top places for millennials to live, but the affordable housing is the main attraction, the report said.

"Low housing costs, good public transportation, cool clubs, a hopping night life, and a revitalized waterfront area all add up to an attractive destination for the young’uns," the report explained."

"The market’s housing affordability and low-cost of living that are attracting millennials and encouraging them to buy—the share of older millennial households is 7 percent higher than the national average," Realtor.com said.