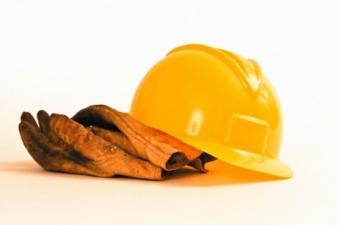 A growing numbers of housing permits, improving home prices, and positive job numbers are leading to a stabilized housing market, according to analysts. Recent studies revealed that markets in 54 out of the approximately 350 metro areas nationwide returned to or exceeded their last normal levels of economic and housing activity, according to the ""National Association of Home Builders"":http://nahb.org/ (NAHB)/First American ""Leading Markets Index"":http://www.nahb.org/news_details.aspx?newsID=16582 (LMI). The NAHB calculates the LMI utilizing employment data from the Bureau of Labor Statistics (BLS), house price appreciation data from Freddie Mac, and single-family housing permits from the U.S. Census Bureau.

""This index shows that most housing markets across the nation are continuing a slow, gradual climb back to normal levels,"" said Rick Judson, NAHB Chairman and a homebuilder from Charlotte, North Carolina.

""Policymakers must guard against actions that could impede or even reverse the modest gains of the past year,"" he continued. ├â┬ó├óÔÇÜ┬¼├é┬¿

Noting that smaller metros accounted for most of the 54 markets on the current LMI that are at or above normal levels, NAHB Chief Economist David Crowe said that ""smaller markets are leading the way, particularly where energy is the primary economic driver. Nearly half of the markets in the top 54 are in the energy states of Texas, Louisiana, North Dakota, Wyoming, and Montana.""├â┬ó├óÔÇÜ┬¼├é┬¿├â┬ó├óÔÇÜ┬¼├é┬¿

The increased activity is yet another positive indicator of the market's health.

""The fact that more than 125 markets on this month's LMI are showing activity levels of at least 90 percent of previous norms bodes well for a continuing housing recovery in 2014,"" said Kurt Pfotenhauer, vice chairman of ""First American Title Insurance Company"":http://www.firstam.com/, which co-sponsors the LMI report. Baton Rouge, Louisiana tops the list of major metros on the LMI, with a score of 1.42, or 42 percent better than its last normal market level. Other major metros at the top of the list include Honolulu, Hawaii; Oklahoma City, Oklahoma; Austin and Houston, Texas, as well as Pittsburgh, Pennsylvania--all of whose LMI scores indicate that their market activity now exceeds previous norms.

In smaller metros, both Odessa and Midland, Texas, boast LMI scores of 2 or better, meaning that their markets are now at double their strength prior to the recession. Also at the top of the list of smaller metros are Casper, Wyoming; Bismarck, North Dakota; and Grand Forks, North Dakota, respectively.

The LMI shines a light on markets that are recovering instead identifying markets that have recently begun to recover. More than 350 metro areas are scored by taking their average permit, price, and employment levels for the past 12 months and dividing each by their annual average over the last period of normal growth.

Previous: FHA to Bring Down Loan Limits for 2014
Next: QuestSoft Named One of Orange County’s Best Workplaces